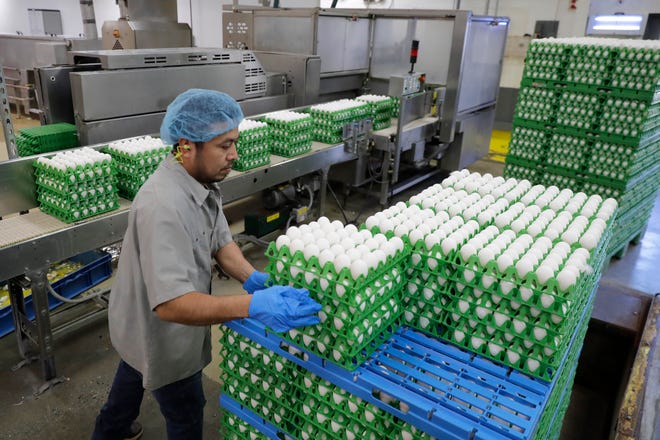 4 union leaders: Coronavirus is a stress test for capitalism, and we see encouraging signs

American businesses will certainly emerge from the coronavirus crisis transformed by the trials of human loss, steep recession and Wall Street collapse. The social fabric of capitalism is undergoing a once-in-a-lifetime stress test. We are seeing the faults with the gig economy and the unfounded faith in finance. We are also seeing strengths in well-managed companies with established relationships with workers.

As leaders of labor unions, we believe that all Americans should be paying attention to which companies are preparing to lead the recovery by pulling together and finding new ways to protect, pay and retain employees, and which companies are evading responsibility, protecting top management and share price, and continuing practices that put harmful economic distance between Americans.

Fortunately, some companies recognize that short-term focus, financial shenanigans and corrosive labor-management relationships are not suited to the uncertain future we face. In telecommunications, the Communications Workers of America moved quickly to negotiate agreements with AT&T and Verizon that protect worker health by, for example, temporarily enabling customer service representatives to handle calls from home. The companies also agreed to strengthen sick and family leave protection and provide additional pay for workers during this crisis. And AT&T canceled a massive stock buyback.

Respect for workers amid pandemic

This pattern of respect and recognition is being repeated in industries all across the country. The Teamsters and UPS reached an agreement to provide paid sick leave for workers who are quarantined due to the coronavirus. The union negotiated a $2-an-hour increase for Kroger grocery workers, and Teamsters locals in the Rocky Mountains and Pacific Northwest regions reached an agreement with grocery retailer Safeway to keep US Foods employees working.

The United Food and Commercial Workers secured pay raises for workers in grocery, retail and other companies operated by Safeway, Conagra and JM Smucker. The Service Employees International Union (SEIU), the largest union of health care workers, is working with employers like the Greater New York Hospital Association to get more personal protective equipment to front-line workers who desperately need it and to demand a federally driven, coordinated national response to the PPE shortage.

Nurses at Kaiser Permanente hospitals who are members of the American Federation of Teachers shared that their employer is working with them directly to developpandemic-specific policies and benefits to support them on the front lines. The United Auto Workers worked with General Motors, Ford and Fiat Chrysler to implement social-distancing measures and minimize the risk of exposure to COVID-19. Our unions — the American Federation of State, County and Municipal Employees, the American Federation of Teachers, the National Education Association and SEIU — are working with employers, public school systems everywhere and local, city and state governments all across the country to provide safe working environments for front-line health care, school and government employees.

Even Major League Baseball, at the precipice of the expiration of a collective bargaining agreement, is working with the Players Association to ensure athletes’ health and economic security and make sure their most vulnerable employees — minor leaguers and young players who might miss a year’s salary — are protected first.

On the other hand, it only took a few days for the merciless ravages of the coronavirus economy to expose the shortcomings of the past decade’s dominant business strategies. Companies that spent years laying off workers and pumping up share prices with stock buybacks are now short of cash and lining up for government assistance. Heavy corporate borrowing — again, often to underwrite buybacks, rarely to underwrite investment — means that many companies might not have the cash flow to service their debt. Companies that rely on and often abuse gig workers and contractors are looking at spreading labor unrest.

Companies and politicians that put their faith in corporate raiders and vulture capitalists are discovering that systematically underinvesting in people, technology and businesses weakens companies over the long haul, fails to deliver promised short-term returns and leaves companies unprepared for a crisis.

Hope for Americans to prosper again

At this time when working people of all races are hurting, their unions are eager to work with companies who are stepping up to face the new reality. We look forward to sitting down with the nation’s business leaders, as well as the leaders of governments, universities, hospitals and school systems, to hammer out agreements that will restore profits and economic growth as we emerge from this crisis, and protect as many jobs as possible as we battle it.

Consumers will take note of which companies stood up to lessen the impact of the crises, and which companies sat back fat with government handouts while former employees struggled to buy food. Voters will take note of elected officials who looked the other way when bailed out companies abused their workers, and remember leaders who stood up for the men and women most at risk in the COVID-19 economy. Americans will remember who was part of the problem and who was part of the solution.

Short-term financial games and arbitrary cost cutting might have rewarded vultures, large shareholders and executives who had the foresight to cash in before things go south. But they’re not the real economy. They don’t make businesses stronger. They don’t prepare companies for harsh challenges and sudden changes.

We are under no illusion that this crisis will usher in a golden era of labor-management comity, any more than labor reforms during the Great Depression suddenly put an end to the half-century of strife that preceded it. Even so, just as the post-Depression era was a high-water mark of both union strength and American industrial dominance, we believe that respect forged in the crucible of the crisis, and the recognition that we are all in this together as we explore the strange terrain of the 2020s economy, will allow Americans to prosper once again.