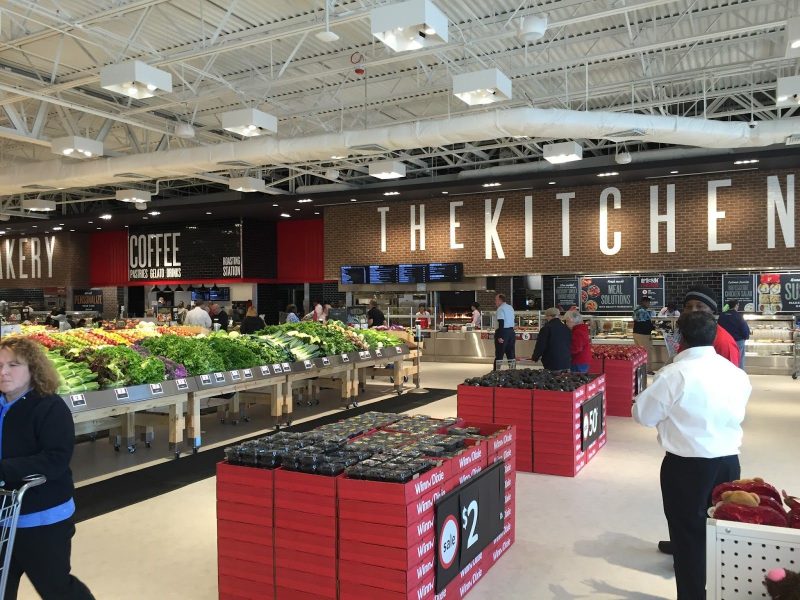 A Supermarket Revolution Is Coming: Are You Prepared?

The Financial Post in Canada writes that food visionary and restaurateur David Chang “wants the ethnic food aisle to die.” Chang “urged supermarkets to mix it all up instead, putting sauces and spices with spices, regardless of where they came from.” He argues that the current ethnic food aisle is “out of date and doomed … because it puts all the places in the world that are not White America in one aisle.”

Morten Toft Bech, the founder of The Meatless Farm Company that makes meat-free plant-based burgers, says its time for supermarkets to rename their meat departments to be called “protein departments.” Beyond Meat, the plant-based burger maker, already successfully sells its product in the fresh meat case in supermarkets across the U.S., attracting shoppers who might otherwise buy beef, pork, and chicken or turkey products.

The design of today’s supermarkets does not align with the way people eat or how they want to shop.

The study Buying Time Promotes Happiness published in the Proceedings of the National Academy of Sciences found that “Around the world, increases in wealth have produced an unintended consequence: a rising sense of scarcity.” The study’s researchers proved in four countries, including the United States, that individuals who spend money on timesaving services reported greater life satisfaction and happiness.

Instacart, Shipt, Door Dash, Uber Eats as well as countless other food delivery companies have built their enormous customer bases on the promise of saving people time; even though most in the grocery space would argue that none are profitable, they feel they must offer these services in order to satisfy their customers’ desire. The American shopper places a lot of value on time – and they don’t want it to be wasted. In our work lives, we live by calendar programs on our devices usually in 15-minute sections.

It is time to redesign the supermarket. Why should a shopper who has 25 items on their shopping list have to walk past 40,000 items to fill their basket? And what about the poor shopper who forgot their list and have to try to remember what they need as they walk down each aisle slowly? While many grocers will be outraged that I write this and have concerns that they will lose impulse sales, the reality is a new design might be one of the most important tools to convince shoppers to stay in the store and not buy groceries online (the thought of which is keeping many supermarket CEOs up at night).

Chang and Bech both make great points and should be a wake up call for grocery retailers. Many retailers are remodeling stores to create a better shopping experience, adding grocerants, more prepared foods, more service counters and more amenities and the store might indeed be more attractive, but the format remains the same. Aisle after aisle after aisle. Let’s put the shopper first. Why not build a store around dayparts? Departments for breakfast, lunch, dinner and snacks. Yes, there will be some duplication – say for example milk, which may appear in all four areas. By grouping all the foods together a shopper would clearly be saving time and frankly be able to focus more on products that they’ve passed by a hundred times, but never actually “seen.” I would argue that this type of format would actually increase impulse sales and discovery. This format would also be a huge time saver for those shoppers who never eat breakfast, or have lunch out or have it supplied at their offices.

If we want people to keep shopping in grocery stores it is time for us to revolutionize the shopping experience with substantive changes, not just a coat of paint.