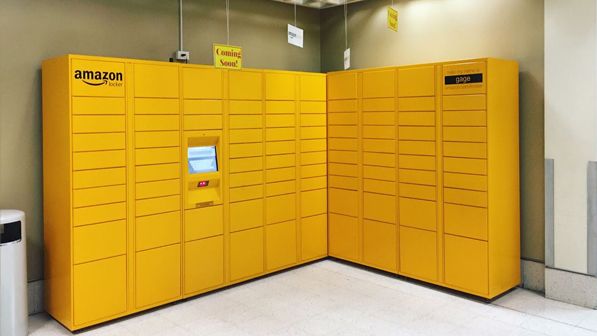 When customers say they want to run into Whole Foods to pick up a few things, they might not be talking about groceries.

Whole Foods Market has seen an increase in foot traffic in the first quarter of 2019 versus the same quarter in 2018, according to data from inMarket, a marketing campaign and customer engagement specialist.

However, the grocer, which was acquired by Amazon.com Inc. in August 2017, has also seen visits of less than five minutes, or micro visits, rise 10%, implying that some of the changes that Amazon has imposed, including the addition of Amazon Lockers at Whole Foods locations, is having an impact.

Amazon lockers are self-service kiosks where customers can pick up packages and drop them off for return.

“There was a substantial increase in micro visits in 2019, which may be due to the increased rate of additional Amazon Lockers and streamlined online order pickups for quick in-and-out trips,” the inMarket report said.

“Amazon seems to be focused on inspiring visits from their customers by incentivizing their Prime membership holders with special perks and doubling down on their digital omnichannel strategy,” the report said. “This may also indicate that shoppers are visiting more frequently than the previous year.”
Prime membership exceeds 100 million.

The data also shows a 2.5% drop in new shoppers as the brand implements a strategy to focus on current shoppers, and a 0.2% drop in “dwell time,” which inMarket attributes to the increase in micro visits.

Amazon has made an impact on the food retailing business with its Whole Foods acquisition, though it faces tough competition from sector leaders like Walmart Inc. and Kroger Co. With its “Whole Paycheck” reputation, Amazon has focused on bringing down prices at Whole Foods, with the latest cuts arriving in April.

“Amazon’s move to invest in fresh pricing is consistent with our framework that grocery is a significant priority for long-term growth,” wrote KeyBanc Capital Markets analysts led by Ed Yruma in an April 3 note. “While grocery has structurally lower margins than other categories in retail, its high purchase frequency and total dollar spend makes it an important area of focus for Amazon.”

Building the bricks-and-mortar grocery business will be important for Amazon because online grocery, while growing, is still just a small part of U.S. grocery sales.

Coresight Research’s U.S. Online Grocery Survey 2019 shows 36.8% of U.S. shoppers bought groceries online in the last year, up from 23.1% in 2019. And Amazon is the leader, with 62.5% of online grocery shoppers making their purchase from the e-commerce giant.

But Coresight estimates that only 2.2% of U.S. food and beverage retail sales were online. That figure is expected to climb to 2.7% in 2019.

And many are only buying a bit of their groceries online, with nonfood grocery and packaged, non-fresh food still the majority. Just 11.8% of online shoppers bought much of their groceries digitally.
Even in this online category, Walmart has narrowed the gap between itself and Amazon, with Coresight finding that Walmart’s online grocery shoppers doubled in a year.

“With around 35% of Walmart.com shoppers doing ‘some,’ ‘most’ or ‘all or almost all’ of their grocery shopping online, they are more likely to be ‘full-basket’ shoppers of the kind we see in bricks-and-mortar grocery stores,” wrote Coresight in its report.

Moody’s sees the grocery competition between Walmart and Amazon heating up.

“While Walmart has the wherewithal and willingness to meet the Amazon threat in food, as well as a different customer demographic, other food retailers will continue to feel the pressure from the ongoing and now-escalating battle between Amazon and Walmart, with this battle continuing to impact almost all retail categories,” said Charlie O’Shea, Moody’s lead retail analyst.