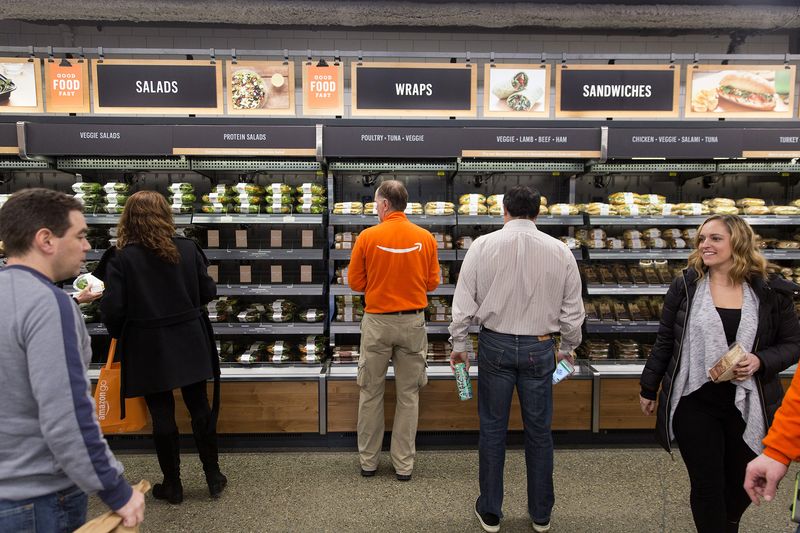 Amazon will open its first grocery store in California next year

Amazon on Monday confirmed its plans to open a new grocery chain. The retailer told CNET it will open the first location early next year in Woodland Hills, California, near Los Angeles. A spokesperson declined to give the brand name, additional locations or details on assortment and pricing, though did note the store will feature conventional checkout stands as opposed to Amazon Go-style technology. In October, The Wall Street Journal reported Amazon has signed leases for “dozens” of grocery locations around Los Angeles, including one in Irvine, and is interested in building stores in Chicago and Philadelphia. The stores will feature a mainstream assortment of products, the Journal reported, citing sources familiar with the project.

Since its marquee grocery acquisition, Amazon has pushed down prices at Whole Foods stores in an effort to net more customers. But refashioning a store commonly known as “Whole Paycheck,” at which analysts noted prices were typically 15% higher than the competition, has proven difficult. Although Prime members get some special savings and more conventional brands have appeared in the aisles, reports have noted little to no change in the retailer’s average basket prices. The Wall Street Journal reported that Whole Foods prices are actually starting to creep up as suppliers battle inflation and other headwinds.

Although its exact positioning is unclear at this point, Amazon’s new chain will reportedly be more in line with a traditional supermarket. It may lean toward a value offering popularized by discounters like Aldi and Lidl, which would allow Whole Foods to maintain its positioning toward the high end of the market while the new brand would reach a more mainstream audience.

Amazon acquired Whole Foods after struggling to grow its online food and beverage business, including its Amazon Fresh brand. News of the new chain further proves that the e-commerce powerhouse needs physical stores in order to succeed in grocery, sources said.

Amazon will use its new stores as distribution points for its growing grocery e-commerce business, WSJ reported. Same-day delivery and pickup has rolled out to dozens of markets. Last month, Amazon announced it will make its Amazon Fresh service free to Prime members, rolling back what was previously a $15 monthly charge. Competing retailers like Walmart and Albertsons are also offering e-commerce subscription services.

In addition to delivery from the unnamed new chain and from Whole Foods stores, Amazon’s physical footprint would allow it to build out Amazon Fresh — which exited several markets back in in 2017 — and generally get food and beverage orders to shoppers faster and cheaper than before. Earlier this year, Amazon’s Happy Belly private label launched its first milk and dairy products, available only through Amazon Fresh.

Perhaps most importantly, a conventional supermarket chain would offer yet another avenue for Amazon to collect consumer data and learn how to sell more cereal, produce, meat and other groceries to consumers. The company’s ability to adapt and learn — not to mention its $850 billion market cap — puts it in a class all by itself in the supermarket industry.

For conventional grocers like Kroger and Albertsons, which haven’t yet seen their bottom lines impacted by the Whole Foods buy, this news signals a new competitive challenge. These chains have accelerated their rollout of store technology and online shopping, straining their profitability as they struggle to insulate their businesses.

A new grocery chain from the world’s largest e-commerce company could signal an even faster rollout of online and in-store innovation. If Amazon brings the same low-price strategy it employs online to the new stores, it could also mean even more heated price wars in crowded markets across the U.S.

“Amazon has that brand recognition and association in the mind of the consumer that if you shop online, you’re going to get the lowest price anywhere,” Lindner said. “If Amazon can bring that low price model to grocery chains, especially where the profit margin is so low, then it could be a game changer.”