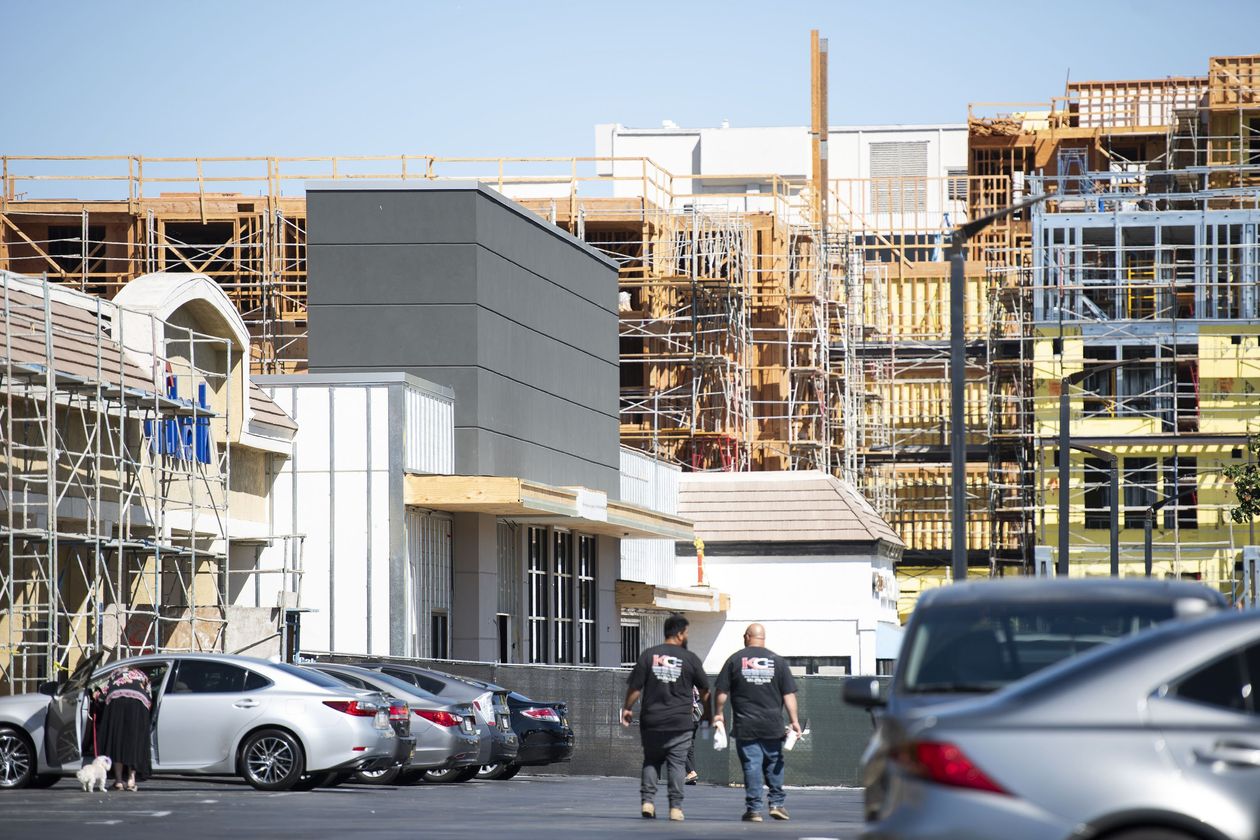 Amazon.com Inc. is advancing a plan to open a chain of U.S. grocery stores with early outposts in Los Angeles, Chicago and Philadelphia, according to people familiar with the matter.

In the Los Angeles area, it has signed more than a dozen leases, the people said. The first few stores are likely to be in the dense suburban locations of Woodland Hills and Studio City, while another grocer is slated for the city of Irvine, in nearby Orange County, a person familiar with the matter said. These stores could open as early as the end of the year.

Amazon is planning to operate dozens of grocery stores in cities across the country, part of the online giant’s increasing focus on a bricks-and-mortar presence to find more ways to reach consumers.

Many of the proposed locations are outside urban cores and cater to middle-income consumers. Apart from prepared foods, they will stock mainstream groceries such as soda and Oreos, people familiar with the matter said.

The company now has 16 Amazon Go stores, where customers can grab ready-to-eat food and grocery purchases checkout-free. It also has four Amazon 4-star stores, which stock products rated 4-stars and above on the Amazon site, and 18 Amazon Books stores.

Revenue from these bricks-and-mortar businesses is small but edging up. In the second quarter, net sales from Amazon’s physical stores rose 1% to $4.3 billion from a year earlier, compared with 16% growth recorded in its online stores, according to Amazon’s earnings statement. Sales in its physical stores include items that customers select in the store, but exclude purchases made online and picked up at a store.

One of Amazon’s first grocery locations will be on N. Topanga Canyon Boulevard, at a strip center in the Woodland Hills neighborhood of Los Angeles, the people said.

Local building and safety departments recently granted contractors hired by Amazon permits to change the facade, start electrical work on light fixtures and fire sprinklers, and to install an espresso machine and kitchen equipment at the property there. Filings show that there will be a substantial kitchen, indicating that the store will offer prepared foods.

The roughly 35,000 square-foot store was previously occupied by Toys “R” Us, and its neighbors are Citibank, Office Depot and Sharky’s Woodfired Mexican Grill. There is a Costco wholesale market half a mile away.

Paragon Commercial Group, the owner of the strip center, didn’t respond to requests for comment.

Amazon is also looking at grocery spaces in the New York metropolitan area, New Jersey and Connecticut. Many of these locations are in strip centers and open-air shopping centers and would occupy about 20,000 to 40,000 square feet, the people said.

The Journal was unable to determine what the new stores would be called or whether they will use a similar cashierless technology used by its chain of convenience stores, Amazon Go.