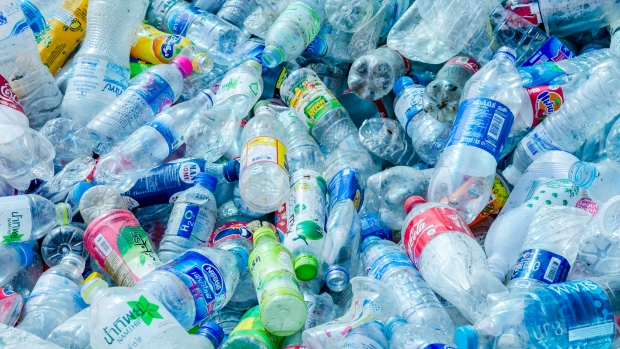 Campaigners call for plastics-free aisles in giant US grocery chain

US campaigners are calling on the nation’s largest supermarket chain to introduce a plastics-free aisle, giving shoppers the option of buying products without pollution-making packaging.

An online petition has drawn some 75,000 signatures in less than a week asking Kroger Co to provide a plastics-free option in its 2,800 stores.

The petition comes less than a month after the Dutch organic chain Ekoplaza set up what it said was the world’s first such supermarket aisle, a move hailed by environmentalists.

Campaigners behind the online petition to Kroger say they were inspired by the Dutch store’s launch of the aisle of some 700 products, from meats to sauces, packaged in metal, grass paper or compostable materials.

“People would love to have that in the United States,” said Rebecca Gerber of Care2, a California-based petition website that launched the appeal last week.

“You can tell by how fast this petition grew that this is something that (our supporters) want stores and companies that produce plastic to take on seriously.”

Eight million metric tonnes of plastic — bottles, packaging and other waste — are dumped into the ocean every year, killing marine life and entering the human food chain, according to the United Nations’ environment agency.

Kroger did not respond immediately to a request for comment.

The Cincinnati, Ohio-based company was the country’s largest supermarket chain in 2016 as measured by retail sales, according to the National Retail Federation.

Care2 said it will submit the petition to the grocery chain when signatures reach 100,000.

Sian Sutherland, who co-founded A Plastic Planet, the advocacy group who campaigned for the Dutch plastics-free aisle, said she was pleased the idea hopped continents.

“This kind of ripple effect is exactly what is needed,” she told the Thomson Reuters Foundation.

The impetus to crack down on plastic pollution has been rapidly gaining ground, said Maurie Cohen, a professor who specialises in sustainable consumption at the New Jersey Institute of Technology.

Countries from Britain to China and US states such as California and Hawaii have been devising policies to cut on plastic waste — mainly plastic bags.

But phasing out plastic wrapping by implementing a plastics-free aisle could prove more challenging, said Cohen.

“If it’s not commercially successful, it would entail a significant loss on the part of supermarkets,” he said.

Forty per cent of plastic produced globally is destined for single-use packaging, according to researchers.