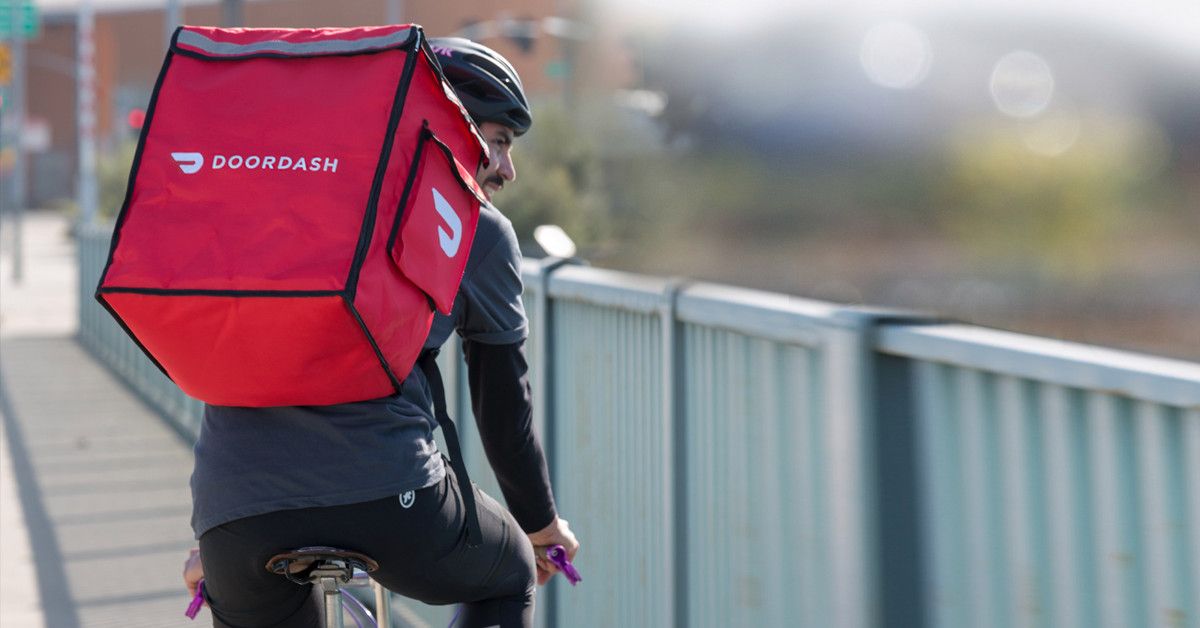 DoorDash is about to make a huge move into grocery delivery, but instead of going all out as a delivery service on its own, it’s instead going to be working behind the scenes to power delivery networks for larger companies — with Walmart as its first big partner.

While Instacart looks to control the end-to-end customer experience for grocery delivery, and Amazon is off doing Amazon-y things with its Whole Foods delivery system, DoorDash is hoping it can build a network that any company that needs some delivery network can tap without giving up its direct relationship with their customers. DoorDash is rolling out grocery delivery with Walmart in Atlanta in the first of what may be a major move to become a back-end platform for companies like Walmart, which want a delivery button on their website but don’t want to build the entire network themselves. By doing that, it offers DoorDash a potentially nice neutral niche as grocery delivery heats up.

“You can use the term white label, but our drivers still will often wear the DoorDash shirt and have the DoorDash bag,” DoorDash COO Christopher Payne said. “But if you go to Walmart.com, and order from Walmart in Atlanta, you’ll have no idea it’s from DoorDash. We’re very supportive of that scenario, that’s the DoorDash Drive scenario. We’re excited to build a business with them and provide this capability.”

Payne said he hopes this will be one of the first of a major expansion of that DoorDash Drive initiative to become a tool that businesses can start tapping for local delivery. And while DoorDash may partly be giving up that direct relationship with users, it can start getting a lot more data when it comes to deliveries. That data then helps it become more and more efficient, ensuring that it can get deliveries done in the best matter and attract more customers, leading to the need for more drivers, and so on.

DoorDash also basically started the whole last-mile delivery business on hard mode with restaurant delivery, Payne said. What DoorDash loses in that direct user experience is paid back in data, Payne says, and that’s more than valuable enough. Walmart is also running a similar program with Postmates as it looks to get further into grocery delivery.

“It turns out restaurant delivery is probably one fo the hardest delivery use cases you have — you have to get a pizza somewhere in 20 or 30 minutes or it won’t be crisp, and you have to get an ice cream cone somewhere before it melts. Grocery delivery tends to be delivered earlier in the day, which is before dinner or before you go to work,” he said. “That works out perfectly for us, actually, because our drivers aren’t busy or are less busy than they would be otherwise. It’s a delivery window, as opposed to one that’s getting something to you at an exact moment and time. That’s actually much easier and less demanding than a real-time delivery.

It’s still a significant step beyond its core competency, which is restaurant delivery. But while that has the potential to be a big business, it’s also going to top out at some point. GrubHub, for example, has a market cap of nearly $9 billion — but Amazon, the backbone of how many consumers engage with physical goods through the Internet, is a $700 billion-plus company. If DoorDash is going to continue to grow, it has to start expanding into new lines of revenue, and figuring out how to take all the data and tools it’s built and bring them to new businesses is going to be critical.

Amazon changed the calculus of last-mile grocery delivery, and it pretty much did it overnight — or at least over the span of a few months, which is the equivalent of overnight for a $700 billion company. Amazon acquired Whole Foods, and all of its locations in major metropolitan areas, for $13.7 billion and very quickly began offering two-hour delivery for prime customers for Whole Foods. On top of that, the company quickly started offering a credit card with an absurdly good reward system that’s tied directly to Prime purchases and Whole Foods (assuming you stay within the Prime ecosystem).

That’s meant that larger companies find themselves trying to figure out how to make such an agile move, and do it as soon as possible. For Walmart, getting this partnership with DoorDash allows it to just add a small segment to its typical customer flow without having to build out a full-on logistics delivery system. The opportunity to expand that to other businesses is pretty natural, and that’s the theme behind the Drive platform, and in theory offers businesses a way to quickly ramp up a delivery network without having to hand off the customer relationship to DoorDash. That may, in the end, be much more palatable for businesses.

“One of the other advantages of partnering with a company like Walmart isn’t just that they’re a leading grocer in the US,” Payne said. “They’re in a lot of other lines of businesses. As they want to expand and deliver more to their customers, they have physical assets to do that, so it provides a nice solution for us to test other items in the future. I would say grocery delivery is very much in its early days, it’s roughly equivalent to where food delivery was four years ago. We’re all going to be learning together, and it also means there’s gonna be a lot of other competition as there is in food delivery. But we believe our merchant operational excellence and quality of delivery will set us apart, and that’ll be proven in time.”