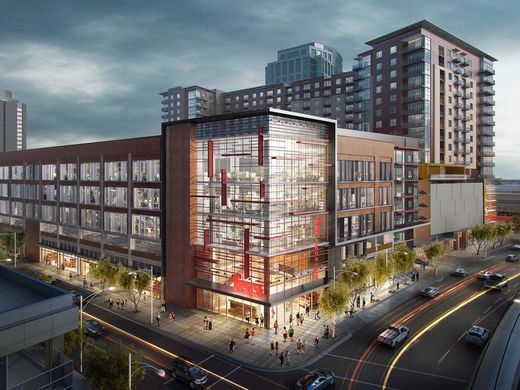 Downtown Phoenix will soon have its first grocery store, but not quite in time for the newest class of Arizona State University students.

The Fry’s grocery store under construction at First and Washington streets is set to open at the end of September, Pam Giannonatti, Kroger corporate affairs manager for the Fry’s division, confirmed via email to The Arizona Republic.

An official opening date hasn’t been set yet.

The 67,000-square-foot grocery store is on the first floor of the “Block 23” development, a 230,000-square-foot residential, office, retail and commercial complex currently being built by RED Development.

In 2016, Phoenix committed $18.3 million in development incentives as well as a long-term property tax break on the land.

Block 23 will also include Blanco Tacos & Tequila, a full-service Mexican restaurant from Valley-based Fox Restaurant Concepts. It is set to open by the end of 2019.