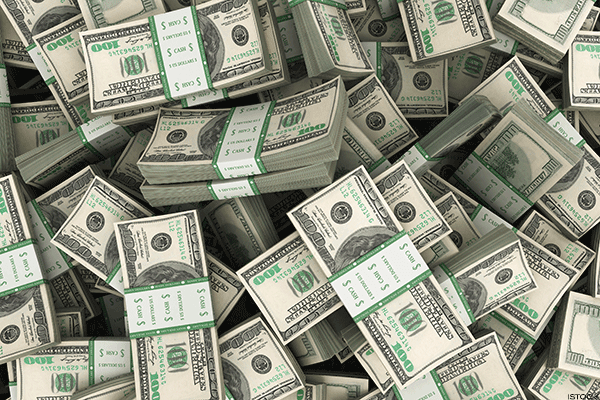 Kroger Co., Stop and Shop Supermarket Co. and Albertsons Cos. announced Tuesday that they have reached agreements to withdraw from the United Food and Commercial Workers International Union-Industry Pension Fund and contribute to a new variable annuity pension plan.

The UFCW International Union-Industry Pension Fund, Mokena, Ill., had $6.1 billion in assets as of June 30, 2019, and was 53.5% funded, according to the most recent Form 5500, which showed 83,656 participants, mostly active. Kroger and Stop and Shop are listed as the largest annual contributors, at $44.7 million and $23.4 million, respectively, followed by Albertsons at $10.6 million.

The new UFCW and Employer’s Variable Annuity Pension Plan calls for monthly employer contributions to stay at the same rate as the national fund, but accrued benefits will be subject to a variable annuity calculation and adjusted annually to reflect net investment returns above or below a hurdle rate of return of 5.5%.

The new plan is based on a benefit formula for contributions through June 2028, when further negotiations with the union would need to happen.

Kroger said it had reached a tentative agreement with the 20 local unions participating in the pension fund. Once that is ratified, Kroger expects to pay withdrawal liability of $962 million to the pension fund in installments over the next three years.

Kroger will also contribute $27 million to a transition reserve in a new variable annuity pension plan for 33,000 Kroger employees across 14 divisions that the company said would improve security for future retirement benefits. On an after-tax basis, the withdrawal liability payment and new pension plan contributions will be $760 million.

The Albertsons agreement calls for it to pay $286 million to the national fund over three years to satisfy its withdrawal liability amount, and up to $9 million to the new variable pension plan, which the companies and the local unions will establish by Oct. 31.

Kroger said in a statement that the changes set its collectively bargained pension obligation with these 20 UFCW local unions for the next eight years and minimize future exposure to market risk. “Our strong financial position is allowing us to make this investment in our associates and support our commitment to deliver sustainable and attractive total shareholder returns by addressing future pension cost increases and minimizing Kroger’s future exposure to market risk associated with the current pension plan,” said Gary Millerchip, Kroger chief financial officer, in the statement.

The tentative Kroger agreement is subject to ratification by 33,000 employees from 20 UFCW local unions covering 40 separate UFCW contracts, and by the UFCW locals covering employees of Stop and Shop. If the membership of one or more locals does not ratify the tentative agreement, Kroger would not withdraw from the national fund or move its affected associates to the new pension plan.