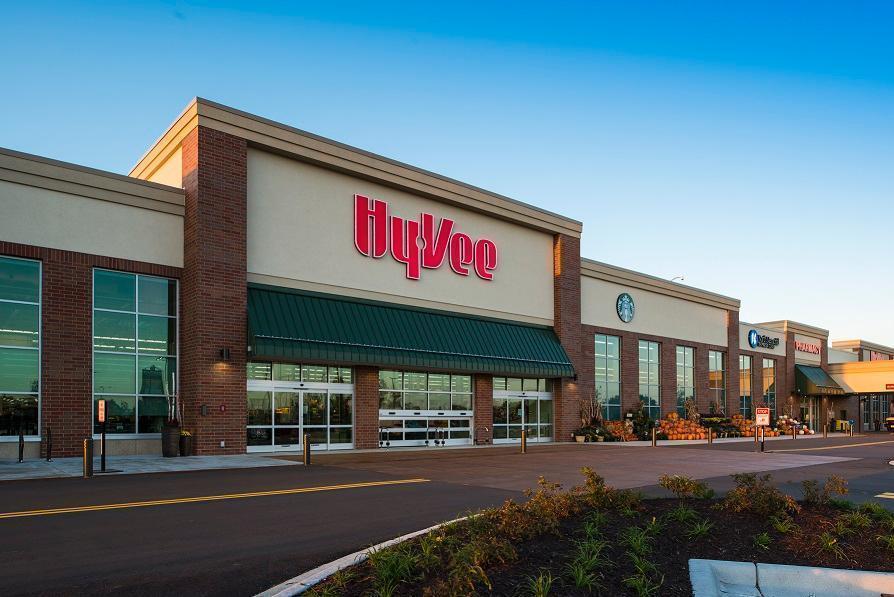 Grocery Disruptor of the Year: Hy-Vee

In a notoriously conservative industry, Hy-Vee has been a standout for experimenting with its retail store model and for trying out-of-the-box approaches to attract more business.

This year, the company unveiled some fresh new store concepts, including a hybrid grocery-convenience format called Fast & Fresh that will feature 10,000 square feet of fresh foods, groceries and a Market Grille Express. The company is also building a store that distills Hy-Vee’s focus on health. It features a medical clinic, a health market and — naturally — a gym.

Hy-Vee executives have said they’re looking to redefine the company’s role as a traditional retailer. But crafting a compelling store experience is also a big part of the equation. In February, the company opened an upscale urban concept store called Fourth & Court. The format, which seeks to attract food-focused millennials living in downtown Des Moines, features an array of offerings not typically found in a traditional grocery store, including international food stations, craft beer bar and an old-fashioned soda fountain.

Meanwhile, Hy-Vee continues to expand and evolve its Market Grille restaurants, which now appear in close to half of all stores. The locations’ sophisticated fare includes double-cut pork chops and blackened fish tacos served along with $2 pints, 20 tap handles and an extensive wine collection.

“If you look at experiences as a driving factor of differentiation, Hy-Vee has been leading the charge in creating an experiential shopping environment in a way that few other retailers have figured out how to compete with,” Diana Sheehan, director of retail insights with Kantar Retail, told Food Dive.

A few unique partnerships further burnish Hy-Vee’s identity as much more than a typical grocer. This summer, the retailer announced it will build and operate 26 Wahlburgers restaurants, becoming the largest franchisee of the burger chain founded by actor/producer Mark Wahlburg and his brothers. Wahlburgers food items are also being added to in-store Market Grille menus.

The Midwestern chain retains a stronghold in its home state of Iowa, and has a solid presence in seven surrounding states. It’s expanding in Minnesota’s Twin Cities, where it’s stealing away market share from established players like Supervalu’s Cub Foods, and now has eight stores in the market.

“Hy-Vee has been very strategic in expanding their penetration through entering new markets,” Sheehan said. “You hear a lot about Wegmans pushing into the Carolinas and Publix pushing northward. Hy-Vee expanded into the Minneapolis market in the last 18 months or so and they really didn’t get much buzz. Yet they entered with some amazingly beautiful stores that have come in and changed the dynamics in a market where Lunds & Byerlys and the smaller Kowalski’s do a very good job.”

Looking to the future, Hy-Vee sees its ecommerce as a growth-driver that can extend its market reach and draw in new shoppers. The retailer said this spring it planned a dedicated fulfillment facility for its Aisles Online program, and recently announced it will build three more.

While many grocers are saving money by using their stores to fill online orders, Hy-Vee’s use of fulfillment centers promises faster, more efficient way to pick, pack and deliver products.

“It’s one of the few strong regional players that have e-commerce at every single store,” said Sheehan.

Hy-Vee’s many moves point to a retailer that’s aggressively pursuing consumer trends around fresh foods, health and wellness, convenience, unique experiences and a growing demand for online shopping — opportunities many grocers recognize, but few are willing to invest in to the degree Hy-Vee has.

“There is a changing landscape in the retail industry,” Randy Edeker, Hy-Vee’s CEO and president, said in a statement earlier this year. “Hy-Vee has a responsibility to our customers, employees and communities to look for new ways to strengthen our company. With this type of progressive action, Hy-Vee is well positioned for future growth.”

With expansions to its Aisles Online program and new fulfillment centers being built, the retailer is likely to continue to stay ahead of the curve in terms of serving its shopping community.