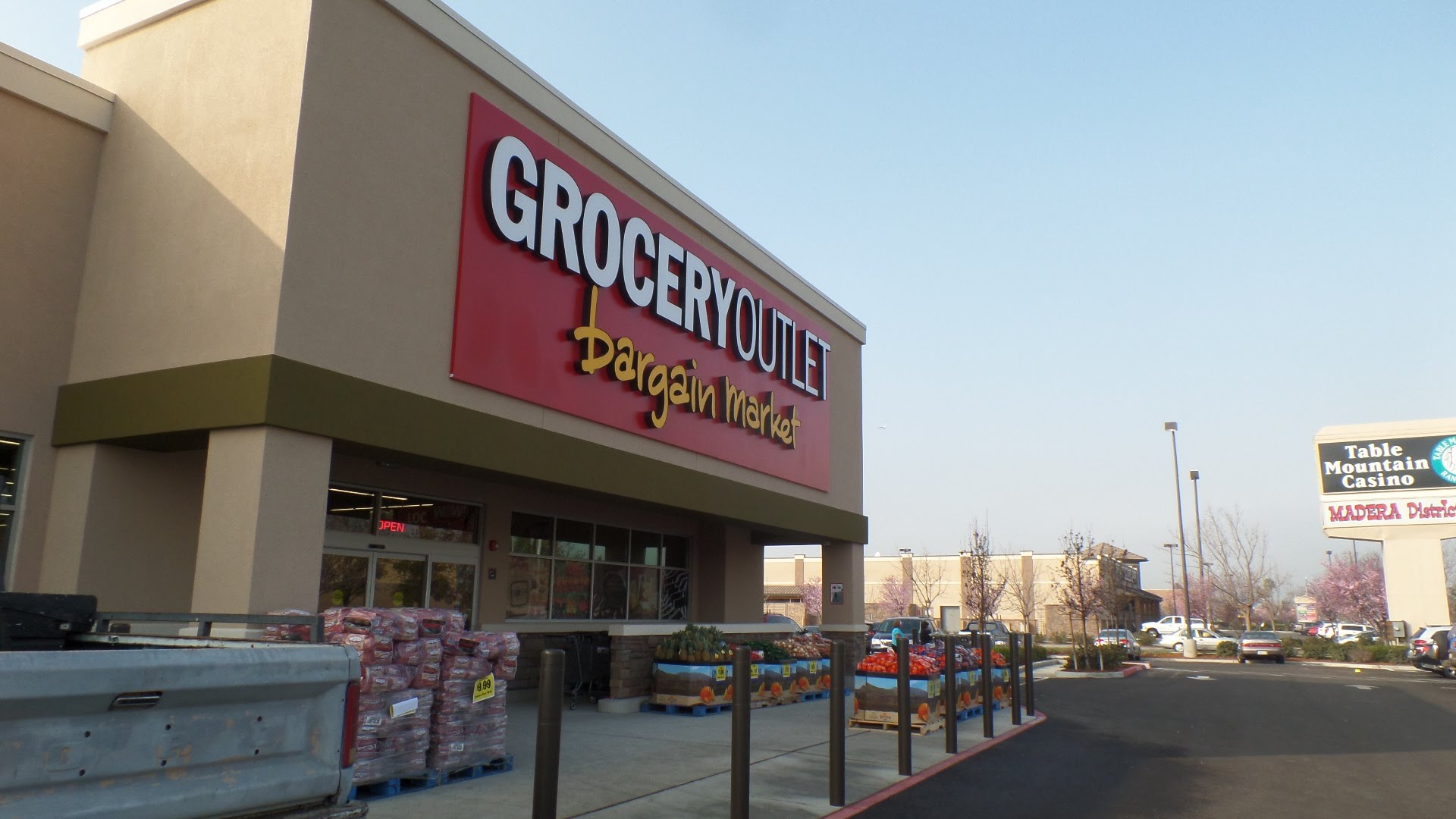 Grocery Outlet, A Chain All About Saving Money On National Brands, Wants To Go National

If you are fortunate to live near one of the 300 Grocery Outlets in California, Idaho, Nevada, Oregon, Pennsylvania or Washington State, you are used to seeing national brands selling for 40% to 70% less.

A four-pack of Evian 1.25-liter bottled water typically sells for $9.99; at Grocery Outlet you could have bought eight bottles for $3.99. Very trendy Halo Top ice cream can be found at other stores selling for anywhere from $6 to $11.99 a pint; Grocery Outlet had a sale that Layla Kasha, VP of marketing, calls her “favorite buy ever” as the chain sold four pints for $5.99.

How do they do it?

It’s called opportunistic buying: Grocery Outlet works with national brands that have excess inventory or seasonal closeouts or are changing packaging to buy these foods and beverages at deep discounts.

The company started back in 1946 when the founder Jim Read bought surplus canned food from the government and opened up retail stores to sell it at super-low prices to consumers. The company continued to expand and went beyond its sourcing from the government to contract with national brands including Del Monte, ConAgra, Quaker Oats and Revlon. Today the company is run by the third generation of the family, MacGregor Read and Eric Lindberg (who is married to a Read), who are co-CEOs and partner with the private equity firm Hellman & Friedman.

Lindberg told me that 60% of what is sold in the stores is bought opportunistically, that they are expanding to include more fresh foods and that one of their fastest-growing sections falls under their NOSH program: natural, organic, specialty and health.

This partnership has allowed Grocery Outlet to expand to 300 stores (with 30 more scheduled for 2018 and 40 to be added in 2019), and it reached $2 billion in sales last year, according to Supermarket News.

What is different about Grocery Outlet’s business model is that the stores are independently owned and operated by local families. The families determine what products to carry, and their focus is to be hyper-local to meet the needs of the neighborhood. According to Lindberg, Grocery Outlet receives 1,200 to 1,500 applications a month to be owners and selects a mere 10.

Some of the owners are former store managers at ALDI, a chain the company sees as a direct competitor. Grocery Outlet’s advantage, according to Lindberg, is that it has greater local involvement and sells branded foods and beverages at a time when the grocery industry is rapidly increasing its focus on store brands. On an annual basis, store brands represent 17% of brick-and-mortar sales and are growing at a rate of 5% a year — compared with just 1% for national brands on the whole.

Grocery Outlet calls itself an “extreme-value grocer,” and a recent look at a few of its offerings supports the claim. Power Bars that retail for $1.99 each are sold for four for $1 because of a package design change. Quest Nutrition Bars had excess production and sold for 99 cents instead of their normal $3 price tag. Honey Bunches of Oats breakfast cereals sold for $1 — far less than the $4.99 you would pay at a traditional supermarket.

One drawback is that since these are opportunistic buys, what you find in a Grocery Outlet today will be different from what you find there on your next shopping trip.

It’s easy to draw comparisons to dollar stores, which also typically buy opportunistically and have the same adventurous feeling in seeing what you might find. But there is a huge difference: Most of the newer Grocery Outlet stores, like the one owned by Sandra and Carols Torres in Downtown Los Angeles (pictured above), are beautiful and give one the feeling of shopping in an upscale supermarket.

What does the future hold for Grocery Outlet? Lindberg and Hellman Friedman want to bring the banner national. While both ALDI and Lidl impress him, he says Grocery Outlet competes well with both. In an era when national brands continue to lose market share and struggle against store brands, Grocery Outlet might just be their rescuer.