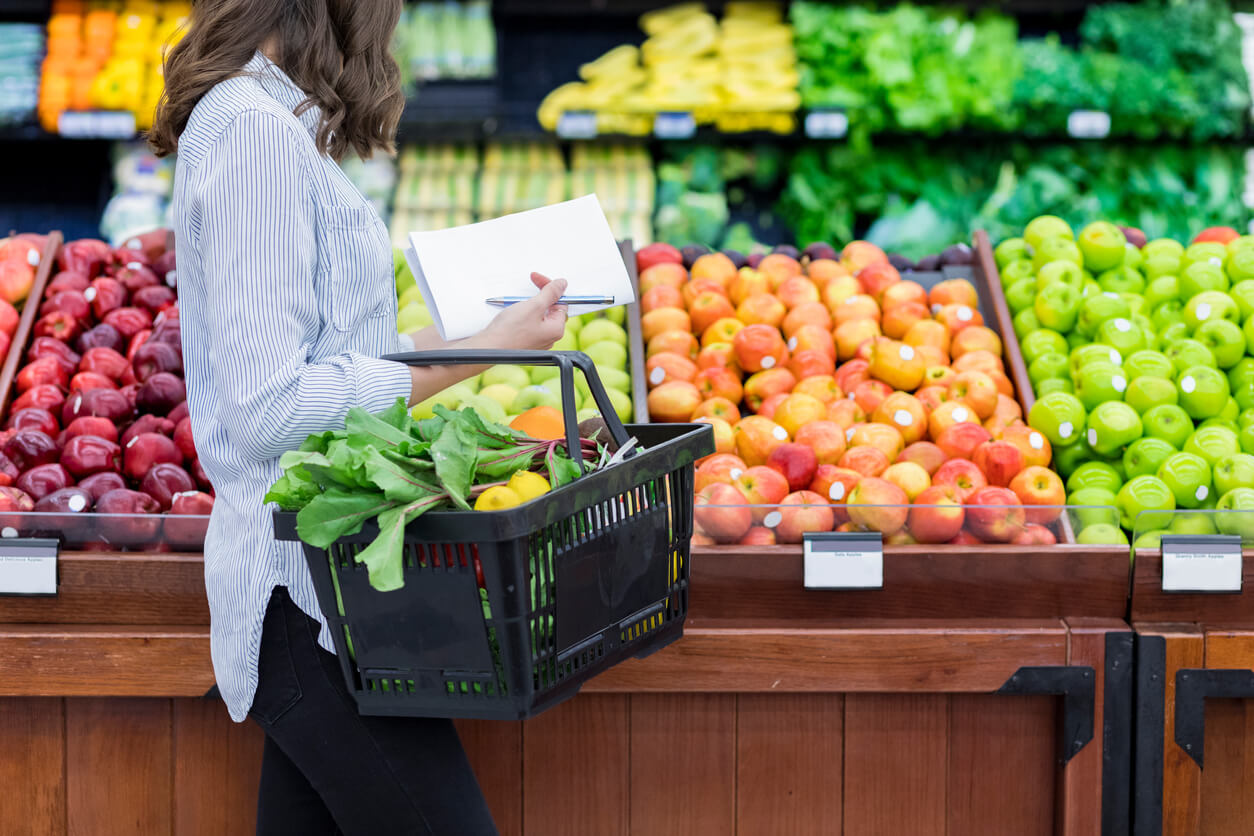 Higher prices at the grocery store? Food inflation is rising after two years of declines

Grocery stores would love to raise prices on food this year, especially after they lowered them last year and the year before in a price war that pinched their profits.

Prices are rising for the raw materials that go into packaged food — for ingredients like grains and meats — so it’s costing grocers more to buy food from manufacturers.

But grocers are likely to be cautious passing those price increases onto shoppers. There’s just too much competition out there.

“Everybody’s afraid to raise prices and have a customer notice it,” said Mike Schwartz, owner of longtime Omaha retailer Wohlner’s Neighborhood Grocery and Deli at 33rd and Dodge Streets.

Across the country, grocery shoppers will see a small bump in their tape totals at the checkout line: a rise in food prices between 0.5 percent and 1.5 percent, according to estimates from the U.S. Department of Agriculture, which tracks prices.

Even though prices are ticking up, they’re rising more slowly than the 2.1 percent average annual increase seen over the past 20 years.

Still, the fact that prices will rise this year is a shift after the nation saw grocery prices drop in 2016 for the first time in 50 years, followed by another, smaller drop last year.

Fruit, dairy products and poultry will rise the most around the country this year, up to 5 percent for fruit. Pork and sweets won’t see much change, and the cost of fats and oils will fall.

Some retailers raise prices; others are going the other way.

Walmart and Baker’s operator Kroger both said they will lower prices because of savings expected from the new federal tax law. Kroger said it’s necessary to keep prices low to keep building total sales, although lower prices took a toll on the company’s profit margins in the most recent quarter, the company reported Thursday, sending its shares down.

Family Fare operator SpartanNash told investors in February that it’s seeing rising inflation, and that its retail sales are challenged by “extremely competitive pricing” in cities where it operates.

Omaha retailer Phil’s Foodway, at 3030 Ames St., said it will dramatically lower prices this year in a new concept called cost-plus, in an attempted end run around competitors Aldi and Walmart. The concept is starting to take hold elsewhere in the United States.

Des Moines-based HyVee declined to comment for this story.

So even though some grocers say they’re not going to increase prices — or say they will lower them despite the increases in raw materials — the USDA says prices will indeed tick higher for most shoppers, on average. And that could lead some to feel a pinch in their budgets.

Susan Ogborn, of the Food Bank for the Heartland, said “It’s going to be a problem” for those families.

Omahans are being hit hard by rising housing costs, she said, and may have to trade fresh produce for less healthy options at the grocery store if their income doesn’t stretch as far.

Omaha resident Stacie Pluta, who works at a dog day care, watches her dimes when shopping for her family, including herself; her husband, who is a pressman at a packaging company; and five children, one of whom is away at college.

Her grocery budget of about $80 a week doesn’t go far, she said. The family eats a lot of pasta, rice and chicken, and not much fresh produce. Any increase at the store would mean “we’d have less to eat,” she said.

Pluta shops sales and knows what she can afford to pay for a gallon of milk or a pound of chicken. She said that fortunately, she hasn’t noticed an increase in prices this year.

Jon Hauptman, senior director of Chicago-area research firm Willard Bishop, said with raw-ingredient inflation, “the challenge is that supermarkets cannot pass this on to shoppers because of the increasingly competitive retail environment.” Shoppers like Pluta will take their money somewhere else.

Instead, Hauptman said, “retailers are going to have to change the mix of products that they’re selling to shoppers.”

That means making money selling higher-value items like prepared food, meal kits and gourmet ingredients. Walmart said last week that it would start selling its meal kits in many more of its stores, at a price of $8 to $15 for a meal for two.

So whether shoppers will pay more this year depends on where they shop, what they buy and how much effort they’re able to put into cooking from scratch.

Branded food will cost more in many cases: Conagra Brands, the maker of Healthy Choice and Reddi-wip, said this winter that inflation, including in the cost of transportation, drove up the cost of doing business, but that it is able to charge more for its food because it has been improving ingredients and strengthening its brands to command higher prices.

Other companies have cited the rising costs of energy, trucking and labor as playing a part in driving up prices for the items they sell to grocers.

Tyson Foods said the rising cost of freight will add $200 million to its expenses this year. Labor costs are also rising. Chief Executive Officer Tom Hayes said the company will be able to recover those costs by pricing its food higher.

“Ultimately, the consumer is going to pay for it,” he told stock analysts in February.