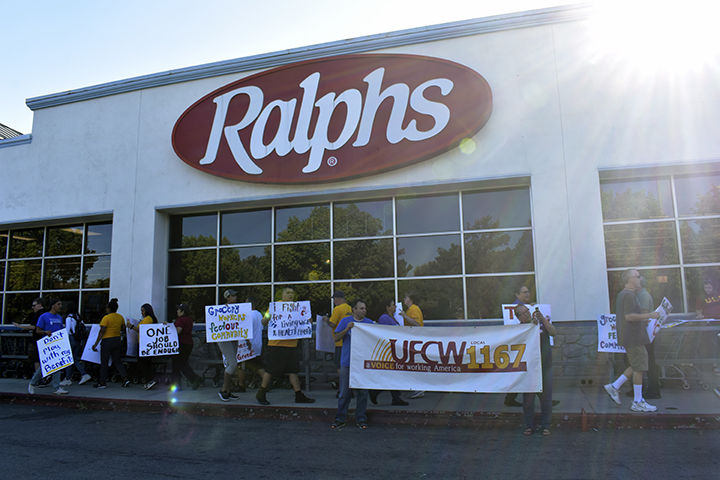 Pharmacists at Ralphs’ supermarket locations across Southern California have rejected the company’s contract offer and authorized its leaders to call a strike.

A tentative agreement between Ralphs, Albertsons and Vons pharmacists represented by the United Food and Commercial Workers was reached Sept. 17 and was pending ratification by some 600 pharmacists at the three chains.

Last week, the website for UFCW Local 1167 stated pharmacists at Albertsons and Vons voted to accept the contract but about 200 members at Ralphs did not.

This means the six-month cycle of often-contentious negotiations — seemingly over in September after a deal was reached between the chains and some 60,000 Southern California grocery workers — will continue.

The strike authorization vote does not mean that a walkout is imminent, but it does give union leaders the authority to call a strike if settlement talks do not progress.

“We’re reaching out to the company to go back into negotiations,” said Joe Duffle, president of Local 1167, which represents Inland Empire workers. “We’re confident we will get a meeting, and we’ll try to take some pharmacists to the table so the store can hear what they have to say.”

Union members typically follow their leaders’ endorsements and vote to ratify tentative agreements. Pharmacists at Albertsons’ and Vons were firmly in favor of the contract, Duffle said.

The contract will raise hourly pay to $67 by the end of the three-year deal and includes provisions for improved health care and pension benefits.

Ralphs spokesman John Votava said via email the company was disappointed that the fully-recommended agreement, an identical agreement passed by Vons and Albertsons pharmacists, was not ratified.

“The agreement provided wage increases, reliable and affordable healthcare coverage and pension stability,” Votava said. “We look forward to the union getting the recommended agreement ratified.”

Duffle said the profession’s dynamics have changed in the last 10 years because a number of for-profit colleges now offer pharmaceutical training, which means there is a glut of people who work in this field.

“Now guys are feeling the pressure of not having bargaining power,” Duffle said. “And these are people who do great work and have great value.”