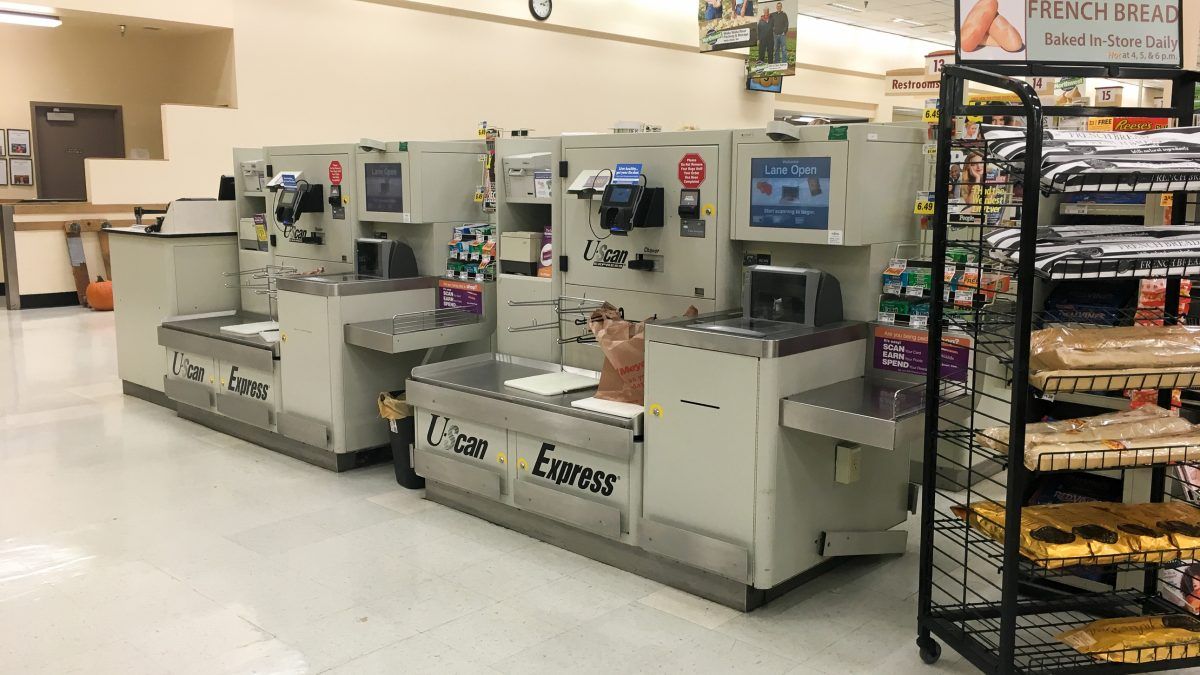 “We are two people working eight automatic registers, when there could be six more cashiers,” Mr. Naubir, 21, said. “Older workers are especially concerned that machines used Sunday afternoons could stretch to the entire week, and then they would lose their jobs.”

Around 15,000 cashier jobs — almost one-tenth of the total — have disappeared in the past decade in France. While that is nowhere near the hundreds of thousands that unions warned would be shed, job losses are expected to mount as automation increases, said Mathieu Hocquelet, a labor sociologist at the Centre d’Etudes et de Recherches sur les Qualifications.

“These are precarious jobs, so there will be mass unemployment,” he said.

At the cafe, Mrs. Guechaichia and the other workers watched from a distance as customers filtered into the store. While townspeople were sympathetic, the protests had not kept away all shoppers. Groupe Casino said around 1,000 consumers were going there Sunday afternoons, bringing in significant sales.

Mr. Roche, the Carrefour maintenance employee, said the longer opening hours were just the start of a Western-style culture of overconsumption coming to France.

“We are opening on holidays and staying open 24 hours for businesses to make more money,” he said. “But workers’ salaries aren’t increasing, and people don’t have more money to consume.”

Declining purchasing power has been a central theme of Yellow Vest protesters in France, where the median monthly take-home pay is about 1,700 euros (about $1,900), meaning that half of workers make less than that.

Mrs. Guechaichia said no cashiers had yet been laid off. But employees no longer working at a cash register were being retrained for other tasks, such as stocking shelves and greeting customers.

How long those jobs will be around, she said, is anyone’s guess.

“Even if we give them flexibility, they will always ask for more,” she said. “All of the social achievements we’ve worked for are collapsing like a house of cards.”