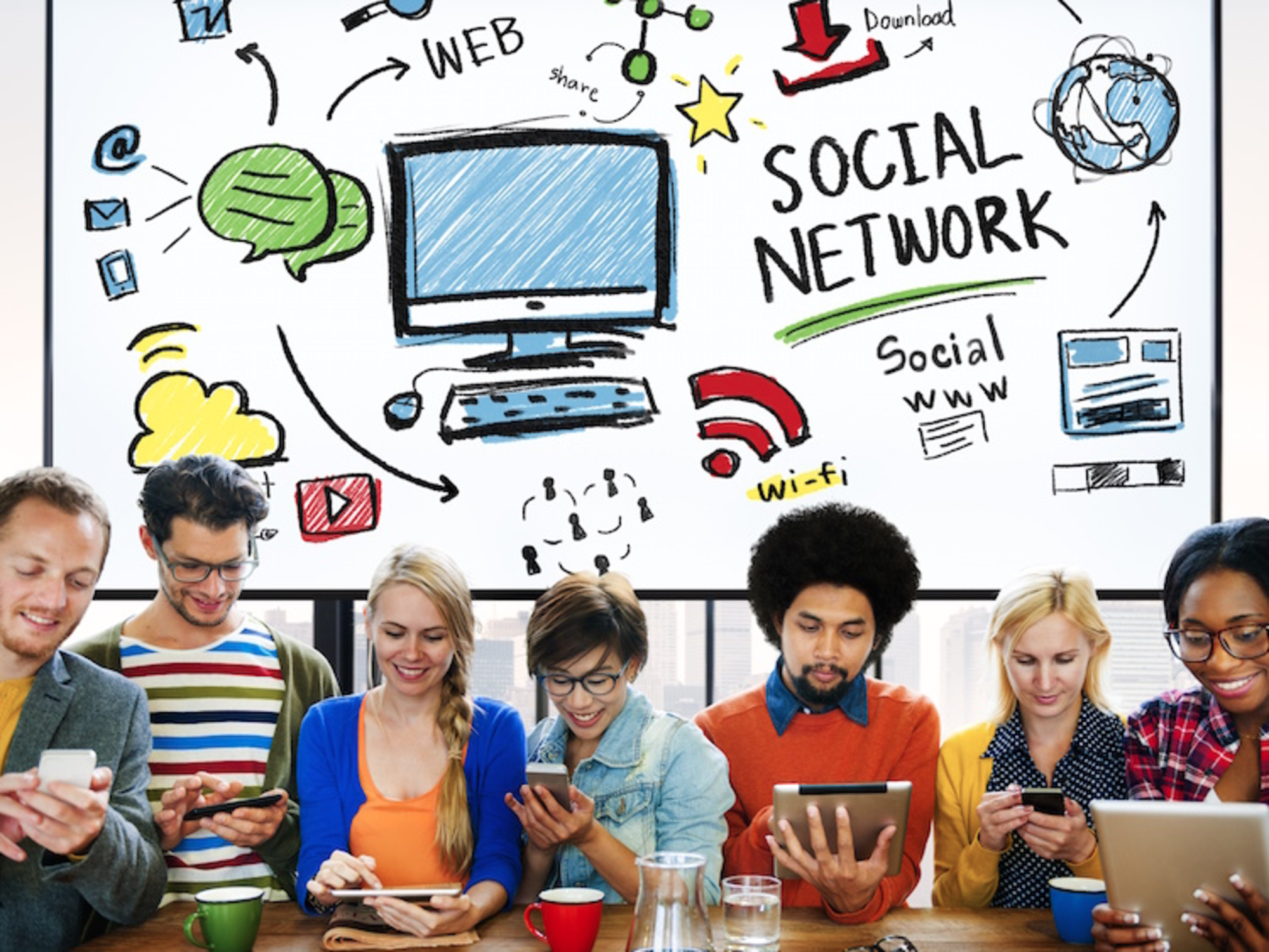 Walk into Woodlake Market on any given afternoon and you’ll find the store bustling with customers grabbing pre-made wraps, ready-made soups, or creating a salad from locally-sourced, organic greens.

What you’re less likely to find is someone wandering the aisles loading their cart to fill a home pantry.

Linda Bryce, a Kohler resident who was shopping there on a recent afternoon, said she stops in about three times a week to pick up lunch and other odds and ends.

“I don’t do big shopping here, but I do a fair amount of small shopping,” Bryce said. “If I’m in a pinch and need something for a birthday gift or a special occasion, I can grab something pretty quick. I know I can grab a flower, a birthday cookie and a card and I’m off.”

Woodlake Market in Kohler, like other independent community grocers like it, is not looking to capitalize on the shopper spending an hour in a big-box store filling their cart, and instead is targeting a new brand of consumer looking for quick, quality, ready-made foods at a reasonable price.

Small grocery stores make up a mere sliver of the overall grocery market. According to 2014 data from the U.S. Department of Agriculture’s Economic Research Service, they accounted for 0.2 percent of sales. (Compare that to 65 percent of food sales, in dollars, that went to traditional food marts like Kroger, Safeway or Piggly Wiggly.)

But small grocers across Wisconsin have found a way to find a niche. Ethnic groceries sell specialty foods to cities’ immigrant communities. Small corner grocers or independent stores retain a loyal neighborhood clientele, and often have a history that stretches back decades. And independent grocers such as Wausau’s Downtown Grocery or Kohler’s Woodlake Market focus on offering local, organic foods and fresh, ready-to-eat meals.

“One of the most significant changes I’ve seen in the last few years is everyone wants a fresh-cooked meal, but nobody wants to do it and they don’t want to pay through the roof to have one,” said Gerald Allison, business manager of Woodlake Market.

It’s a trend those who study the grocery business call by the inelegant name “grocerants” — that is, grocery restaurants — signifying the business strategy of selling an experience, offering restaurant-quality food within a grocery store. It’s one way an independent grocer can compete with behemoths such as Kroger or the superstore chains. And it’s especially appealing to millennials, analysts say.

At Woodlake Market, the produce department is a cornucopia of organic fruits and vegetables sourced locally, the salad bar features greens raised hydroponically at a facility just a few miles down the road, and the meat market features steaks and meats from a supplier in Chicago who usually only sells to high-end steak houses.

“Hyper-local means these tomatoes came from one of our associates, whose farm happens to be not far down the road,” Allison said.

Once a large chain, now a Green Bay institution

At Mason Brothers’ Red Owl in Green Bay, co-owner Jarod Mason said their small, stuffed-to-the-gills store focuses less on grab-and-go items — “We’re not trying to out-quick-trip Kwik Trip” — and instead pay close attention to which products consumers are asking for. The number of products has grown over the years, while shelf space has not, forcing smaller stores to be selective in what they put on shelves.

“A lot of what we have had to do here to combat that is listen to your customers,” Jared said. “They can come in, take a basket, get those six or seven items, and be out of here in 10 minutes.”

Many still remember Red Owl, a grocery chain that once operated 441 stores throughout the upper Midwest, but the franchise has all but disappeared, absorbed by Supervalue in the ’80s and slowly phased out as larger stores took their place — but one still remains.

Mason Brothers’ Red Owl in Green Bay has carved out a niche by being attentive to their customers and capitalizing on nostalgia of the brand that still lingers in the history of the state.

Like Woodlake, Mason Brothers’ focuses on shoppers looking for a quick stop for a few items without needing to go to a grocery store. While consumers may drop a few hundred dollars during a visit to bigger stores, the average transaction at Woodlake is about $25 — but the neighborhood customers they court often stop in more than once a week.

“You can come into this store and get just about anything you want in less than five minutes,” Allison said. “You can take that same grocery list to a 100,000 square foot store and you’re in their for a half hour to 45 minutes, depending how busy the checkout lines are.”

Located blocks from Lambeau Field, Mason Brothers’ Red Owl supports the game-day crowd by offering a one-stop shop for tailgate goods, but when fans leave after a big game, convenience is key for appealing to neighborhood consumers.

To keep customers coming back to the small, neighborhood store, brothers Justin and Jared have turned to social media to cultivate a growing fan base, amassing 2,000 Facebook followers for their weekly videos that offer a creative glimpse at what’s on sale.

In Sheboygan, the Union Oriental Market has operated for 35 years. Initially founded as a way to provide familiar food to Hmong refugees settling in the area in the 1980’s, the store has found a niche catering to a specific customer.

The shelves are filled with staples of Asian cuisine: bamboo shoots, noodles, vegetable greens like gai choy, and rice — lots of rice.

“The majority of Asian and Hmong eat rice,” owner Vue Yang said. “A family of six will go through a 100-pound bag of rice in a month.”

Opened in 1982, Yang said the store was a necessity to help refugees acclimate to life in America. Mostly farmers, the refugees were used to planting and harvesting their own food — not wandering the aisles of a supermarket — and most needed help figuring out the currency.

The store has thrived as a community sprung up around it, and it continues to fill a need for unique foods imported from the Philippines, Vietnam, and Korea.

“At an ordinary grocery store, you’d take your cart and go get milk, meat, and cheese,” he said. “Here, they go for rice, canned food, egg roll wrappers, noodles and green vegetables like you see in Asia.”

It’s no different from the proposition offered by other small grocery stores.

In Stevens Point, Ski’s Meat Market competes with five more traditional grocery stores for the slice of the pie, but owner Dave Tuskowski said he has captured about five percent of the city’s meat market. He’s held on by tailoring to two specific customers: consumers looking for treat on a special occasion such as a birthday party or anniversary, and a consumer who understands the value of a good steak. Ski’s only carries top-tier choice beef and every steak is aged in a cooler for several weeks before being put on the floor.

Ski’s has locations in Stevens Point, Oshkosh and Rib Mountain.

To combat the trend, Tuskowski is attempting to court another customer group with unique shopping habits: millennials.

“It’s a tricky environment,” he said. “As I look at the next generation coming up, they shop and eat differently than we do. They don’t cook as many meals at home. We’re going to be starting to do more oven-ready meals to take home.”

The changing tides of the grocery market might be most pronounced for Allison, who grew up working for his father’s Sendik’s Food Market in Milwaukee. The industry has changed dramatically since the stores of his youth, but Allison said the focus on customers and quality has renewed his passion for the business since working at Woodlake Market.

“This might sound counterintuitive since I grew up in the grocery business, but I hate grocery shopping,” Allison said. “I just don’t enjoy doing it, which is part of the reason I want to make it an enjoyable experience for everyone else.”