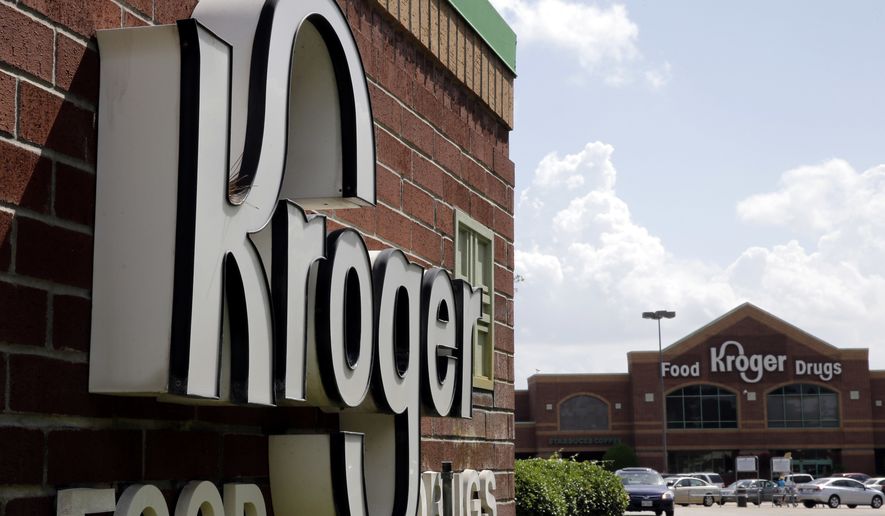 The new federal tax law is paving the way for smoother labor negotiations and more benefits for employees, according to one United Food and Commercial Workers executive.

Kevin Garvey, president and UFCW Local 75 in Cincinnati, which just completed a new agreement with Kroger Co. for nearly 20,000 workers at 109 stores in the company’s Cincinnati/Dayton region, said the contract had been in negotiations before the new tax rates went into effect. However, he said the tax cuts — a reduction of the corporate tax rate from 35% to 21% — probably influenced the outcome.

“It was one of the richest agreements we signed with Kroger in decades,” he said, adding that competitive pressures are also bolstering wage rates for supermarket workers.

Retailers are competing for workers against companies such as Target Corp. and Walmart, which have been touting wage increases. Garvey said Kroger offers a better deal for its workers, however, because of the comprehensive benefits package and the opportunities to progress to higher wage scales.

The new, three-year Kroger agreement was ratified by 76% of the members, which Garvey described as strong support.

In a statement, Kroger said the increases in wages were in line with the company’s new Restock Kroger initiative, which calls for investments in store remerchandising as well an an incremental $500 million in employee wages, training and development over the next three years.

“A key driver of Restock Kroger is talent development, and we are committed to investing in our associates,” Tim Massa, group VP of human resources and labor relations at Kroger, said in a statement. “It’s only fitting that we begin our accelerated wage investments in Cincinnati, where Kroger was founded 135 years ago.”

The Cincinnati/Dayton division agreement raises starting wages to at least $10 per hour and accelerates wage progressions to $11 an hour after one year of service. It also includes a premium increase for night-shift work.

Garvey said the new contract also streamlines the classifications for workers and brings nonfoods clerks in line with other clerks in terms of pay, and also moves the nonfoods workers into the company’s defined benefit pension plan.

“That’s a pretty lucrative benefit for our members,” Garvey said.

He said the “lion’s share” of the contract improvements are reflected in the wage increases, which were significant for some workers at the entry-level end of the pay scale. Experienced workers also saw pay increases, he said.

In addition, the union agreed to “modest weekly contributions” to the health plan, which he described as still providing strong benefits and secure through January of 2022. Kroger is one of the few companies in the region that offers a retiree health plan that matches the plan of active workers, Garvey added.

He noted that the corporate tax rate reduction also had an impact on other workers represented by the local.

At Woonsocket, R.I.-based drugstore chain CVS, for example, the company increased the starting hourly rate to $11 per hour, effective April 1.

“That is a direct correlation to the corporate tax rate reduction,” said Garvey.

UFCW Local 75 represents about 1,200-plus CVS workers in the region, he said.

The increased starting rate will likely have an impact throughout the wage scale at CVS, Garvey noted, as workers currently earning a higher rate will also likely see their pay increase.

At a Tyson plant in northern Kentucky where Local 75 represents workers, the employees will receive one-time bonuses of $1,000 as a result of tax reform, Garvey said.

In a recent conference call with analysts discussing year-end results, Kroger said it prefers to invest in wages and other benefits rather than award one-time bonuses, noting that none of the windfall from tax reform will go toward one-time bonuses for workers.

McMullen also hinted about a new education-related benefit that is currently on the drawing board for workers, saying that further details would be forthcoming.

Garvey said he agreed that increases in hourly wage rates are better than bonuses in the longer term for both workers and employers.

“Bonuses are nice, but you only get them one time,” he said. “If you give them $15 an hour, that’s compounding, and you get it every hour, every week.”

Garvey said he expects that the corporate tax rate reduction will have a positive impact on future negotiations this year and next, including upcoming negotiations with a ConAgra plant in Archibald, Ohio.

The tax cuts “will enable them to have the resources to produce an agreement at a quicker pace,” Garvey said.