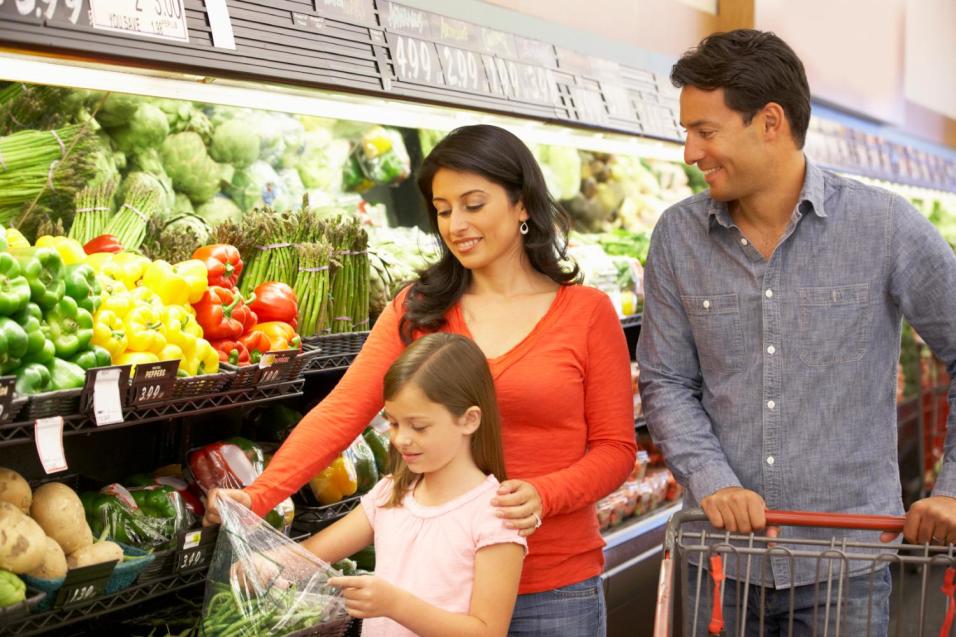 The Future Of The Supermarket: Fresh Is King

E-commerce is disrupting the arena of the traditional supermarket industry. Old moguls, like Walmart and Costco, have initiated their own online businesses to survive this seismic shift. Walmart’s net sales from e-commerce grew 60% and 50% in Q2 and Q3 of 2017 respectively, while total sales grew just 1.8% and 2.7% over the same periods. It seems that the traditional supermarket industry will migrate to the internet, leaving physical stores to decay in their tombs.

So, will online shopping completely replace traditional physical stores in the supermarket industry? The answer is a big no.

Online shopping cannot solve immediate needs. Even e-commerce giants are seeking physical stores to organically integrate the online shopping and offline experience. Amazon has been trying to make a dent in the $668.68 billion grocery industry. It began to dabble in the grocery business in 2007 as it started its own grocery delivery service Amazon Fresh. In December 2016, Amazon revealed the concept for its first physical grocery store, Amazon Go. The idea is to let consumers walk in, pick up items and then pay for them without ever standing in line at a cashier. To step further into physical retail, Amazon bought Whole Foods Market in a blockbuster deal worth $13.7 billion.

Unfortunately, the effort to integrate online shopping and offline grocery service does not always work smoothly. Amazon Go encountered technical difficulties that sensors in the store failed to track their customers, causing the company to postpone plans to expand Amazon Go nationwide. And after Amazon bought Whole Foods, the company discontinued Amazon Fresh grocery delivery service in parts of at least nine states.

Meanwhile, Instacart and Fresh Direct are among the other popular online-only grocery services that have been expanding across the country but they don’t always live up to customer’s expectations, either.

So, what is the problem? Delivering perishable food is hard for online-only grocers. Perishables are not like electronic items or clothes that can sit on shelves for a year. Fruits, dairy and vegetables rot within days or even hours. They must be delivered to customers before they spoil. Solving this problem requires a sophisticated supply chain.

Walmart does better in online grocery because its ubiquitous physical stores have built a vast online grocery pick-up network, which eliminated the delivery process to preserve the freshness of the perishables. Walmart’s experience of running physical stores for more than half a century has established a sophisticated supply chain replenishing the perishables at a reasonable rate. Technology companies like Google struggle in this battle, since they do not have a stable supply chain like Walmart. Google discontinued a part of its perishable food delivery nationwide. “We made the hard decision to focus on dry good groceries and having that be national,” Brian Elliott, the general manager of Google Express said. “For now, we’re not going to sweat the milk and eggs, and ice cream side of it.”

Google’s setback proves that being fresh is not only a marketing strategy but also a test of vertical integration of the supply chain. A vertically integrated supply chain can boost the velocity of distribution which provides the possibility to keep food fresh during the distribution process. Acquiring Whole Foods’ supply chain was the last step for Amazon to conquer the logistics space and complete a vertically integrated retail supply chain. With this, Amazon can perfect its last-mile delivery strategy and deliver high-turnover perishable goods. Also, by purchasing 440 refrigerated warehouses within 10 miles of 80% of the U.S. population, Amazon made a great effort to expand its distribution network. All of these greatly boosted its profit margin.

Among all ethnic groups, Asian Americans have shown a particular preference for fresh food. They buy 26% more fresh vegetables and 11% more fresh fruits than other groups and spend 147% more on fresh seafood. The Chinese/Asian supermarket chain, iFresh, has developed an integrated supply chain to serve Asian Americans: iFresh acquires up-stream suppliers, including farms and seed companies, down-stream retailers, such as its physical supermarkets and e-commerce platforms, as well as wholesaler and import/export companies that provide market intelligence. This highly integrated supply chain enables iFresh to deliver exclusive commodities, including Chinese seasonings, fruits and vegetables, that its customers cannot find in normal grocery stores.

iFresh also adopts differentiation strategies to create a unique shopping experience. Xiaoqing Liu, a well-known Chinese actress, has attended the opening ceremony of at least one of its new stores, and iFresh promotes the openings on social networks. This promotion primarily target Chinese Americans, as iFresh’s established supply chain and marketing strategy specifically focus on Asian Americans’ needs. Whether iFresh can expand its business to serve other ethnic groups in America, like Whole Foods, is still unknown.

Whole Foods label themselves as America’s healthiest grocery store — it doesn’t just provide fresh goods, but natural organic goods that are popular among all ethnic groups. It also leverages a first-class shopping environment and exquisite commodities to cater to the taste of the middle class. The company also improves its image by committing to sustainable agriculture. High-quality organic food, a state-of-art shopping environment and company culture all create a unique shopping experience and add to its edge.

In this battle of online and offline, being fresh is the silver lining that can help traditional grocers keep a hold of market share in the future. But it’s not only about freshness — it’s really about experience. After all, delivering freshness is also a kind of shopping experience.