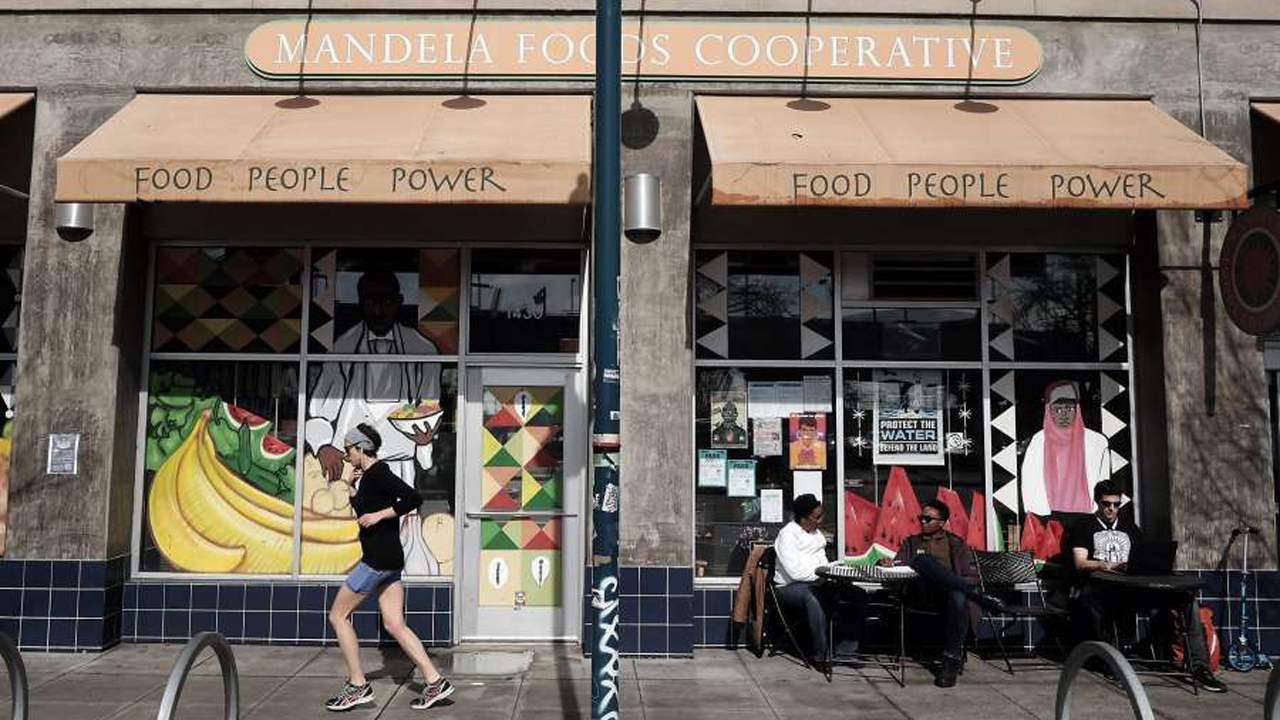 To End A Food Desert, These Community Members Opened Their Own Grocery

A decade ago, there were more than 50 liquor stores in West Oakland and zero full-service grocery stores. But in 2009, community members launched Mandela Foods Cooperative, a health food store in the neighborhood with a small but Whole Foods-like produce section. Despite the high failure rates of new businesses–around 70% fail after 10 years–the store has survived. This year, it will expand into a new retail space more than twice as large.

“Mandela Foods came about really from a community push to begin to address the issues of food insecurity and economic disparities in West Oakland,” says Dana Harvey, executive director of Mandela Marketplace, a nonprofit that launched shortly after the worker-owned grocery store to help support it and other food-focused, community-driven initiatives in the area. Harvey and other activists helped lead the creation of the store. “One of the solutions the community identified that would be important is that they should own their own grocery store.”

Before the store moved into the neighborhood, many current customers often ended up buying junk food from corner stores. “As far as what my old diet used to consist of, we can just run down the entire Frito-Lay catalog: Fritos, Cheetos, Doritos,” one of the coop’s worker-owners, James Berk, said in a 2011 video about the grocery.

The health food store, by contrast, sells products like organic lentils and beans in bulk bins, kombucha, and locally-made tempeh and granola. Flowers come from a West Oakland farm that trains local teenagers in business skills; some produce comes from nearby minority-owned farms. Through a program called Fresh Creds, set up with the partner nonprofit and a USDA grant, customers using food stamps can buy fruits and vegetables at half price.

“A lot of people are eating a lot healthier and talk about how their lifestyles are changing because of that program alone,” says worker-owner Adrionna Fike, who began working at the store two years after it opened. (After working for 1,000 hours, employees have the opportunity to become worker-owners with a small buy-in.)

The deal on produce draws customers from beyond the immediate neighborhood. Others come because the store is black-owned. “The fact that we’re people of color, a black-owned business, we have people come from all over the Bay Area–they come from Richmond, they come from Vallejo, on the weekends, just to shop with us for that reason,” says Fike.

Neighbors shop at the store because, she says, “They understand what we’re doing. They see this as their primary grocery store because it is a principled space for people to spend their money. They feel their money is going to something worth going toward. And they have to buy groceries anyway.”

When the idea for the store first took shape, activists struggled to raise the capital to launch it, relying in part on government redevelopment funds, and then couldn’t convince a developer to lease them the large space that they wanted in a development across from the West Oakland BART station. Instead, the developer leased the anchor space to a 99 Cent Only store, and gave the startup grocery a much smaller space next door. But the big box store is now moving out, so the coop, which is renaming itself Mandela Grocery, is taking over the larger space. That move is likely to happen in May or June, depending on permits and construction.

“I think it’s a fairly typical model when a chain store is invited into a community, they get some perks and incentives to be there, and when that incentive period ran out, 99 Cent left,” says Harvey. “So it’s really kind of a sweet victory that here was the little community business that was supposed to fail that ended up outliving the A-credit tenant that was supposed to be there forever.”The foundation of the store’s success, Harvey says, is the community’s support for it, and the commitment of the coop’s worker-owners to keep it going. “It really grew from a commitment of people in the community who understood that making an important change in their neighborhood, at the end of the day, had to be owned by people in that neighborhood,” she says.

When the store moves into the larger retail space, a local health center, originally founded in the 1960s in response to a lack of health care in the community, will open a pharmacy inside the store. A distribution center for minority-owned farms will also use the space.

“It’s really the coming together of community action into this one retail space,” says Harvey. “It’s very powerful and really does show that these efforts can happen from a grassroots space, and grow to become economic and health engines in the community.”

The store may also soon open more locations. The mayor of Vallejo is interested in bringing a branch of the coop there, Fike says. Another may open in East Oakland, which also lacks convenient access to healthy food.