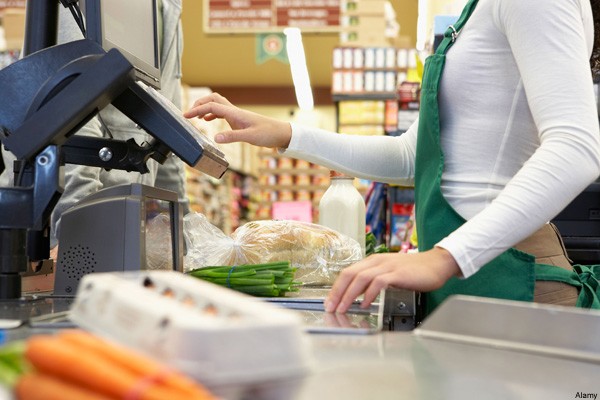 Across the United States, California accounted for 12.2% of new grocery square footage in 2017, up from 10.8% in 2016. JLL cited Sprouts and Grocery Outlet as growth drivers, as the chains represented 47.7% of California’s openings. Both retailers aim to continue “ambitious expansion plans for 2018,” with Sprouts looking more closely at the Mid-Atlantic region and Grocery Outlet sharpening its focus on its current markets, the report said.

Germany-based discount grocery chains Lidl and Aldi remain movers and shakers in the U.S. market on the expansion front, JLL noted in its study. Lidl opened its first stores in the Mid-Atlantic and expanded swiftly, edging toward New Jersey. That helped boost supermarket space in Virginia and North Carolina, which together had 19.7% of all new grocery square footage in 2017.

Yet Lidl, after rolling out nearly 50 stores last year, “may have experienced a rocky start in the U.S. and could be rethinking its real estate strategy. This is evidenced by the fact that several construction projects have been halted, and 2018 projected openings are a fraction of those the year before,” the report said, adding that the chain “will require a slower and more tailored real estate strategy going forward.”

Meanwhile, Aldi plans to invest $3.4 billion in store expansions over the next four years, which will include remodels of 400 stores to enhance the shopping experience, according to JLL. During 2017, Aldi focused its expansion on California, Virginia and Texas, “although many other communities across the U.S. also saw an Aldi open,” the report said.

“It was one of the only retail sectors to see growth in a year of low transaction volume,” the study said. “Grocery-anchored centers remain a safe bet for investors, as overall transaction volumes for retail have been down, indicating that the asset remains a stable sector.”

Another clear trend is smaller-footprint stores — not just from more compact formats like Trader Joe’s and Aldi but also from traditional supermarket chains and mass merchants like Walmart and Target, JLL said.

For example, grocer Hy-Vee recently announced that smaller stores of 10,000 square feet will be part of its expansion strategy, and supercenter chain Meijer aims to bring its Bridge Street Market format — about 37,000 square feet in its downtown Grand Rapids, Mich., location — to more cities.

But ultimately for retailers, it comes down to giving customers the optimum mix of choice and convenience — from online shopping to grocery delivery and click-and-collect platforms — no matter what the size of the store, according to Cook.

“The grocers that can deliver the right in-store experience, combined with the right online pickup or fulfilment plan,” he said, “those are the ones that will thrive, whether their stores are 15,000 square feet with limited products or take up a footprint four times as large.”