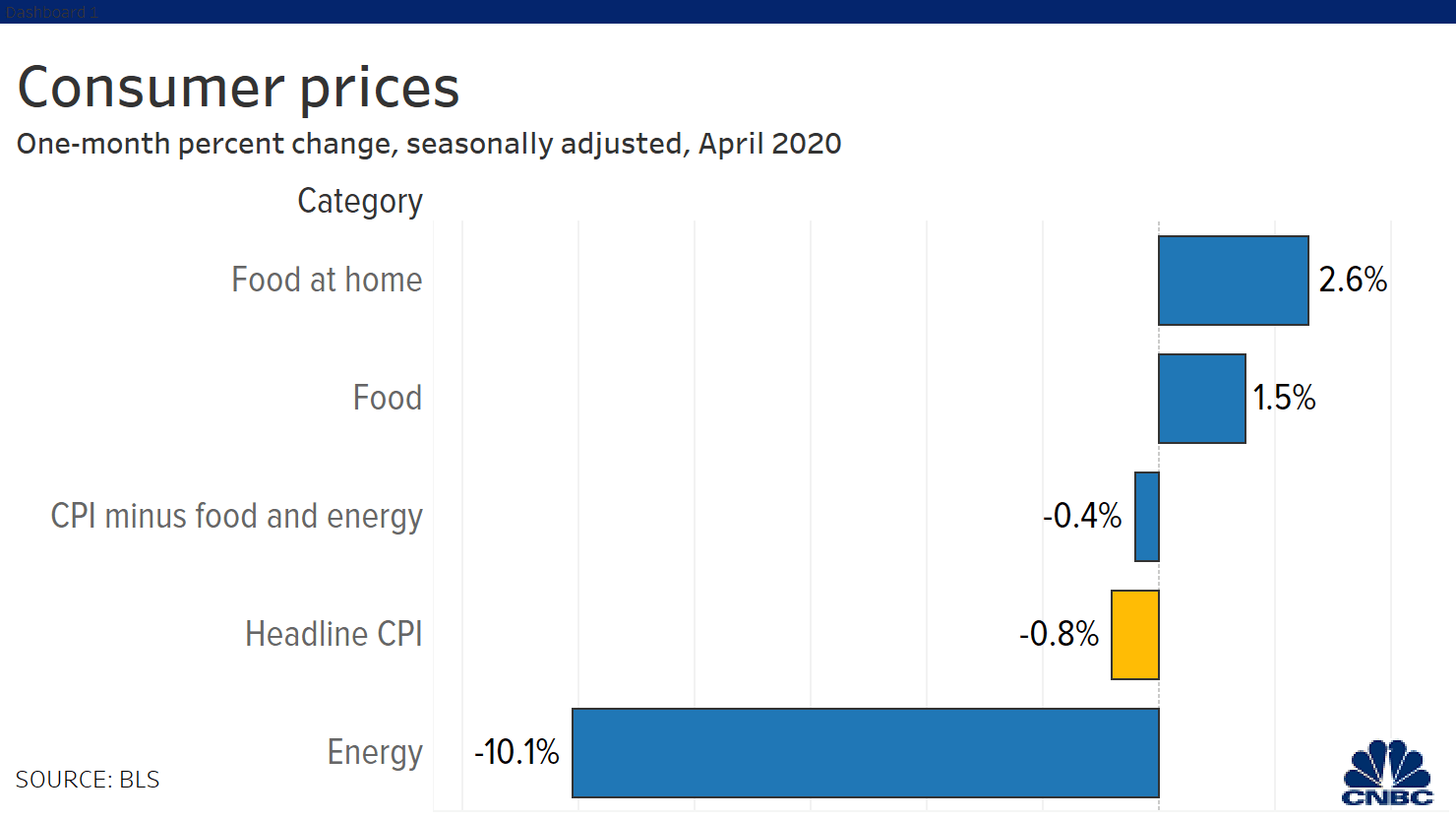 US grocery costs jump the most in 46 years, led by rising prices for meat and eggs

Prices Americans paid for eggs, meat, cereal and milk shot higher in April as people flocked to grocery stores to stock up on food amid government lockdowns designed to slow the spread of Covid-19.

The Labor Department reported Tuesday that prices U.S. consumers paid for groceries jumped 2.6% in April, the largest one-month pop since February 1974. The spike in supermarket prices was broad based and impacted items from broccoli and ham to oatmeal and tuna.

The grocery numbers stand in stark contrast to the broader trend in U.S. prices, which fell 0.8% in April and clinched their largest one-month decline since 2008 as a swoon in oil and gasoline dragged the headline CPI number lower.

“Food price gains were robust as we know there are empty shelves out there,” Peter Boockvar, chief investment officer at Bleakley Advisory Group, wrote in an email. “Demand we know in most areas of the economy has collapsed and prices are falling in response.”

Excluding the volatile food and energy components, so-called core CPI dropped 0.4%, its largest slump ever through records kept since 1957.

“In areas where demand has hung in, like ‘food at home’ we have inflation because the supply side has been damaged, whether directly via infected facilities or because of the higher costs of finding freight capacity,” Boockvar added.