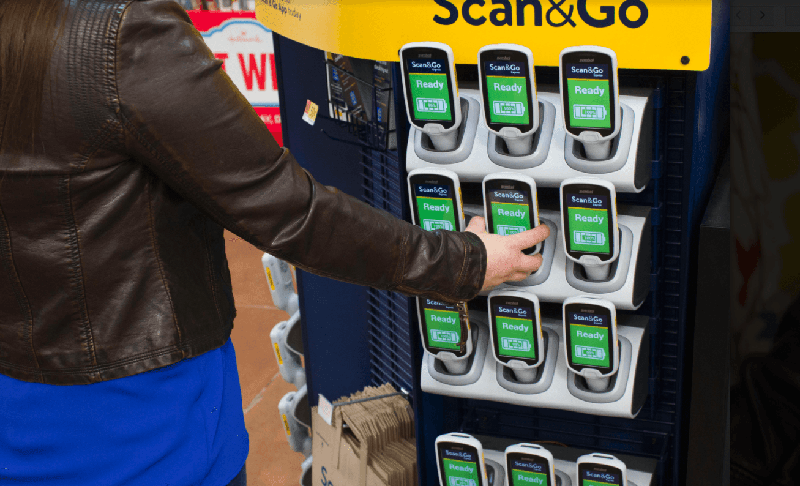 Walmart is expanding its test of a new technology that enables shoppers to scan and pay for their items without checkout lanes, registers, or cashiers.

The retailer is rolling out the service, called “Scan & Go,” to 100 additional stores by the end of January, in addition to the 25 that already offer the service.

Here’s how it works: shoppers download Walmart’s “Scan & Go” app, then scan the barcodes of the items they wish to purchase.

Once they are finished shopping, they click a button to pay for their goods and show their digital receipt to a store greeter on their way out the door.

Amazon revealed plans in December to introduce a similar technology to its own brick-and-mortar grocery concept, called Amazon Go, which is still in the planning phases.

Kroger has also been working on cashier-less technology. This year, the grocery chain is rolling out its own “Scan & Go” service — which Kroger calls “Scan, Bag, Go” to 400 stores.

This is Walmart’s second attempt at Scan & Go technology.

Walmart first launched the technology in stores three years ago, but it never caught on.