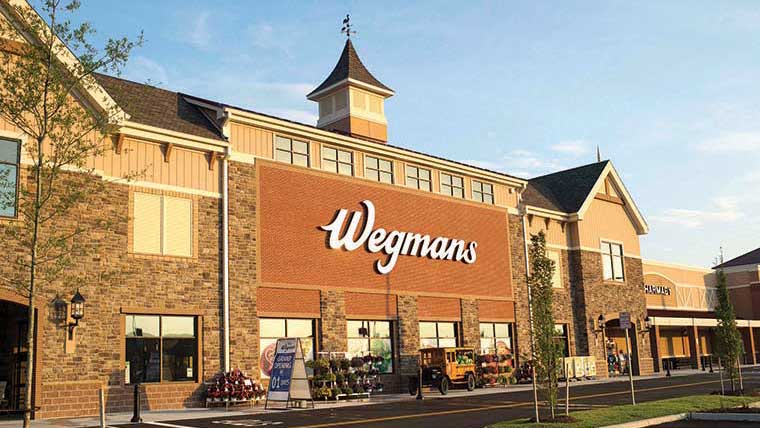 Wegmans Has Come to Brooklyn. Why Are New Yorkers Losing Their Minds?

By adminOctober 28, 2019November 13th, 2019No Comments
The promise of the regional supermarket is ultimately the assurance of consumption without pretense or profile. It is hardly possible to walk into a Whole Foods without feeling reduced to the most banal parody of your tastes and habits. Few of us though, have ever walked into a King Kullen and felt like a cliché.

King Kullen is relevant here because the Smithsonian Institution recognizes it as the first supermarket in the country. It met certain criteria, delivering different kinds of foods in separate departments, all of which customers could access themselves, at discounted prices in vast spaces. Before this model evolved, shoppers bought groceries by handing lists to clerks who stood behind counters and gathered items for them.

That same year Wegmans opened a store in Rochester, more than three times larger. It used vaporized water to crisp vegetables and featured a cafeteria with seating for 300. It would colonize upstate New York and spread northward and southward on the East Coast, specializing in a kind of thrift-minded novelty.

Wegmans stores are enormous — the Brooklyn location will be 74,000 square feet — and they are laid out like European food halls. The average grocery store stocks approximately 40,000 products; Wegmans offers 50,000 to 70,000.

Despite that glut, Wegmans counters some of our disaffection with retail capitalism. The business is family run, still after several generations. There is no Jeff Bezos figure at the top holding on to his money as if it were a handgrip that would kill him if he let go. Wegmans consistently ranks among Fortune magazine’s Top 10 companies in terms of worker satisfaction.

That status, as David Ehrenberg, the president and chief executive of the Navy Yard pointed out, is rare for retail operations that all too frequently offer poorly paying jobs with few opportunities for advancement.

This is why, nearly a decade ago, when supermarket chains submitted proposals to the city for the chance to open in an area serving both gentrifiers and thousands of public housing residents, Wegmans won.

Wegmans was selected in part for its community-oriented management style (consider the contrast to the decadent, self-dealing practices of WeWork, another recent occupant of the Navy Yard).

In conjunction with the Navy Yard’s employment center, the company hired more than 200 of the 500 workers it will have in total from outreach events held at or very near the Farragut, Ingersoll and Walt Whitman Houses.

Little about retail culture in New York is integrated either in terms of race or class. The Ikea in Red Hook, Brooklyn, provides a rare exception where you will find many people unlike you in the checkout line. Wegmans will sit similarly on the outskirts of a diverse group of neighborhoods that have not coalesced seamlessly. Will a grocery store make the difference?