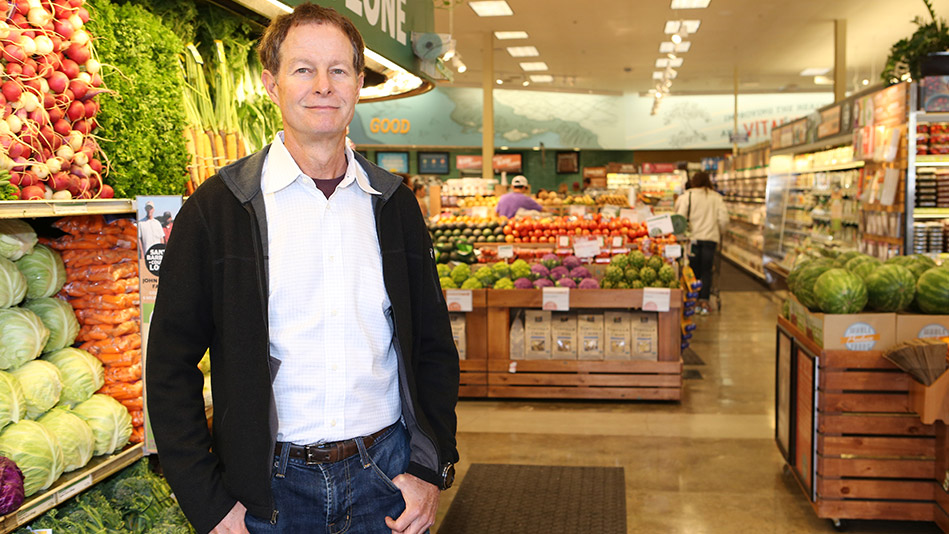 John Mackey, the CEO of Whole Foods, says he learned valuable life lessons from his accountant father and paints himself as living a modest life, flying coach and staying only in the cheapest hotels. Although he is worth $75 million, according to Forbes, he reduced his salary to $1 a year back in 2007.

Jeff Bezos is also a no-frills guy, filling his offices with cheap particle-board desks and having all of his employees, even executives at Amazon Studios, fly coach. Bezos, worth $85.8 billion, according to Forbes, caps his and other senior executives’ salaries far below industry norms, saying they should make their money from Amazon stock ? the better the company does, the better they do.

So on the surface, these two executives, espousing similar values, should have a marriage made in heaven. But according to Mackey, the marriage is anything but perfect: In a speech Sunday at the American Production and Inventory Control Society’s annual conference, he described the culture clash as “challenging” and announced a retreat to help him and other top Whole Foods executives align with Amazon’s “higher purpose.”

Perhaps Whole Foods would be better served if Bezos ran the retreat and Mackey stayed home.

Days before the Amazon-Whole Foods deal was announced in June, Texas Monthly’sTom Foster wrote a terrific profile of Mackey, “The Shelf Life of John Mackey,” in which he predicted the Whole Foods co-founder’s leadership and usefulness to the chain had passed their expiration date.

Morgan Stanley’s Brian Nowak wrote in a note to clients in August, as the acquisition was finalized, that Whole Foods’ average food-item price was approximately 14% higher than the average grocery store’s. He cited a recent survey in which 70% of consumers who said they didn’t shop at Whole Foods blamed pricing as the primary reason. ChargeItSpot, a cellphone-charging-station company, conducted a nationwide poll of 900 consumers and found that 62% of shoppers were more likely to shop at Whole Foods after the Amazon acquisition, and 84% had positive feelings about the merger. The survey also found that shoppers were looking for Amazon to “upgrade the grocery store experience with additions of useful technology.”

Which is why it should come as no surprise that the Whole Foods 365 concept seems to have stalled, with one of its five stores already shutting its doors after being open just over a year. (Coincidentally it’s the store based in Seattle, Amazon’s home turf.)

Mackey unveiled the 365 concept as the way to attract shoppers and dispel the “Whole Paycheck” image. The store did neither: It was a mishmash of Whole Foods private label products at the same price as in regular Whole Foods stores and “innovations” that were more gimmicky than useful like the Juicero machine. The check stands were designed for small orders, and the queue line made the checkout experience seem more crowded and laborious.

Bezos and team are big thinkers, and rather than have a sub-chain that is supposed to stand for value, they have focused on the mother ship, as they should; their plan is to get rid of the overpriced reality throughout the entire chain, not just in four stores.

Amazon stands for value and putting the customer first, something Mackey admits he was never able to accomplish. The “marriage,” as Mackey puts it, is challenging for him and some of his team; what Amazon-Whole Foods does not need is a figurehead bringing dysfunction to the table. A single voice and focus have made Amazon a great retailer, and Mackey might soon be asking for a divorce.