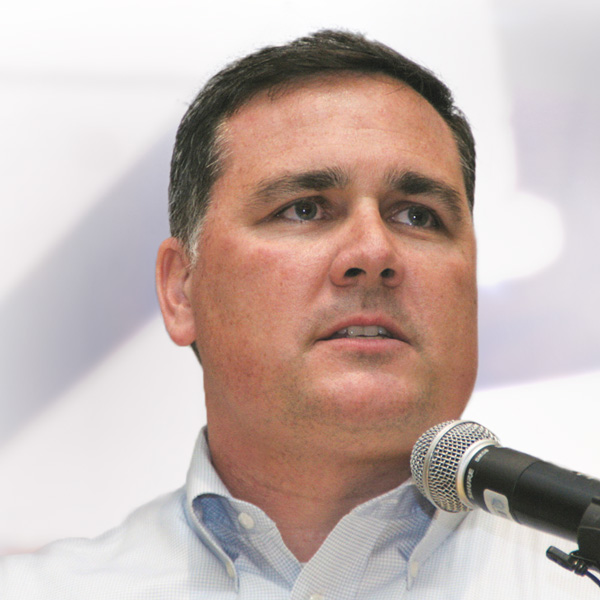 UFCW Local 99 provides a powerful voice for working people in Arizona. We improve the living standards of our members and every person who earns a paycheck in our state.

The contracts we negotiate for our members deliver the highest wages, the best benefits and the most secure job protections in the many industries we serve.

Join us as we stand together as one great union, UFCW Local 99. Together, we will continue to accomplish great things.

Our solidarity is our strength!

Get to Know Your Union

For more information about UFCW Local 99, we’ve produced and in-depth “Know Your Union” booklet. It describes the many facets of Local 99, from member services to contract negotiations, from on-the-job protections to legislative action, from charitable projects to college scholarships, and from entertainment discounts to assistance in times of need.

This publication also includes a brief history of UFCW Local 99 and explanations of the many ways our union supports members and stands up for rights every single day. 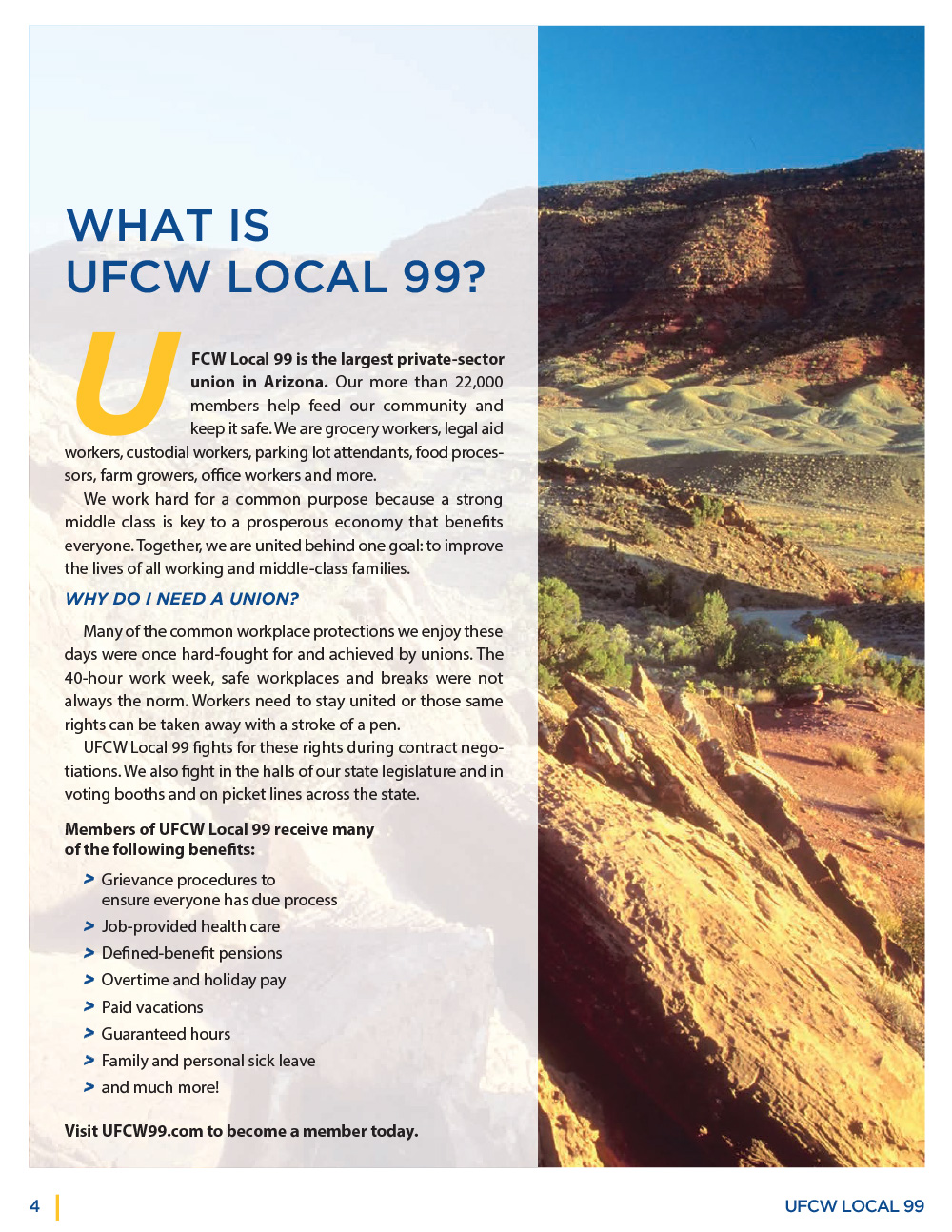 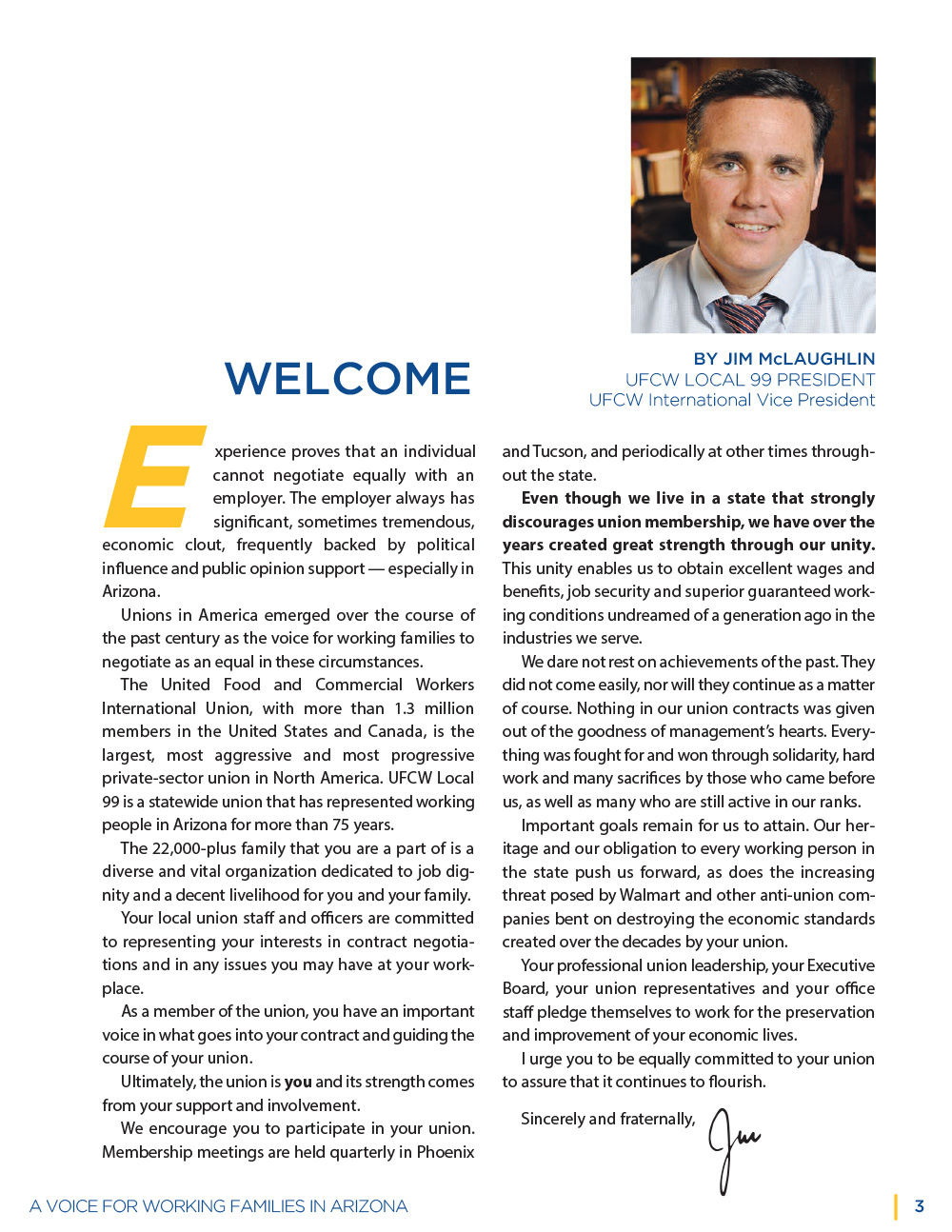 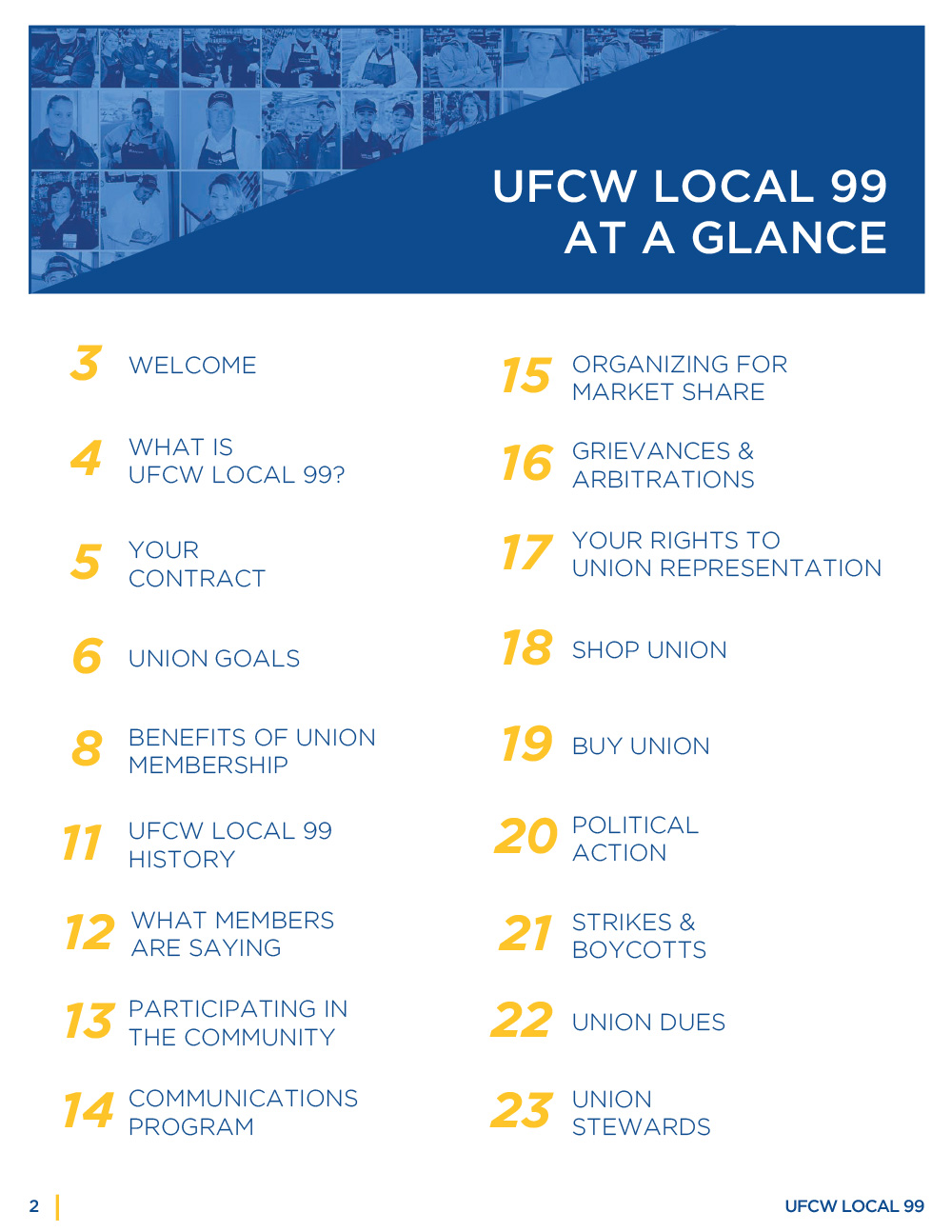 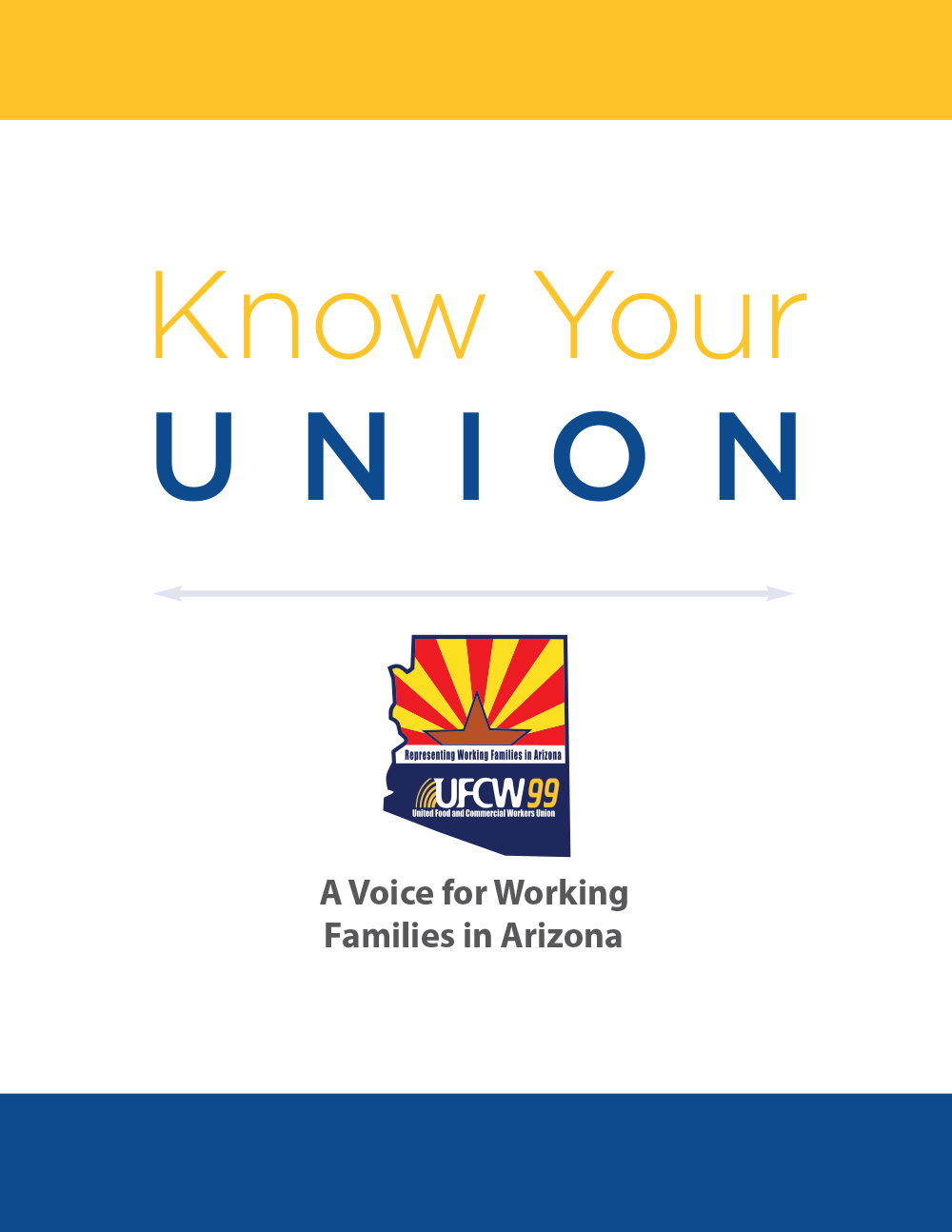 Your union’s history of progress and achievements for working people in Arizona is now well into its eighth decade.

Starting from scratch in 1941 and as a result of several mergers, the local is now the largest and most influential union in the state.

Supermarkets as a national phenomenon didn’t really take off until after the end of World War II in 1946. Before then, Americans bought their groceries, meat and other household consumer products mainly in family owned and operated stores.

East of the Mississippi, especially, the large population concentrations and extensive road networks required to supply large stores and provide easy customer access did not exist. 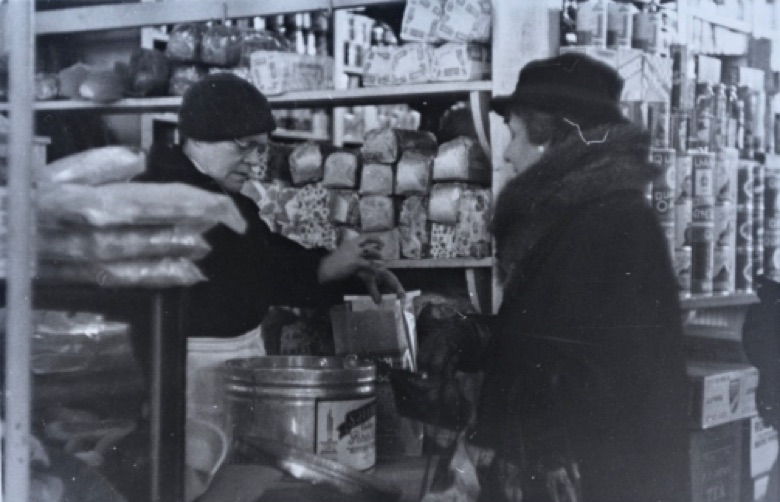 Before World War II there were some supermarkets in large metropolitan areas, most famously the A & P chain. There were enough people who could walk on city streets to the markets and also roads and paved streets to keep big stores supplied by increasing numbers of vehicles.

Few employees of what were called “Mom and Pop” shops of those days made a living, usually only Mom and Pop themselves. As today, controlling labor costs was crucial to operating at a profit.

Without strong unions, non-owner employees worked “at will,” that is, at the whim and will of employers.

In those days, the image of kids hurrying to the grocery store or butcher shop after class in high school to haul sides of beef or to put the cans on the shelves and lift the huge tubs of butter into the refrigerator compartment behind the counter was quite accurate. 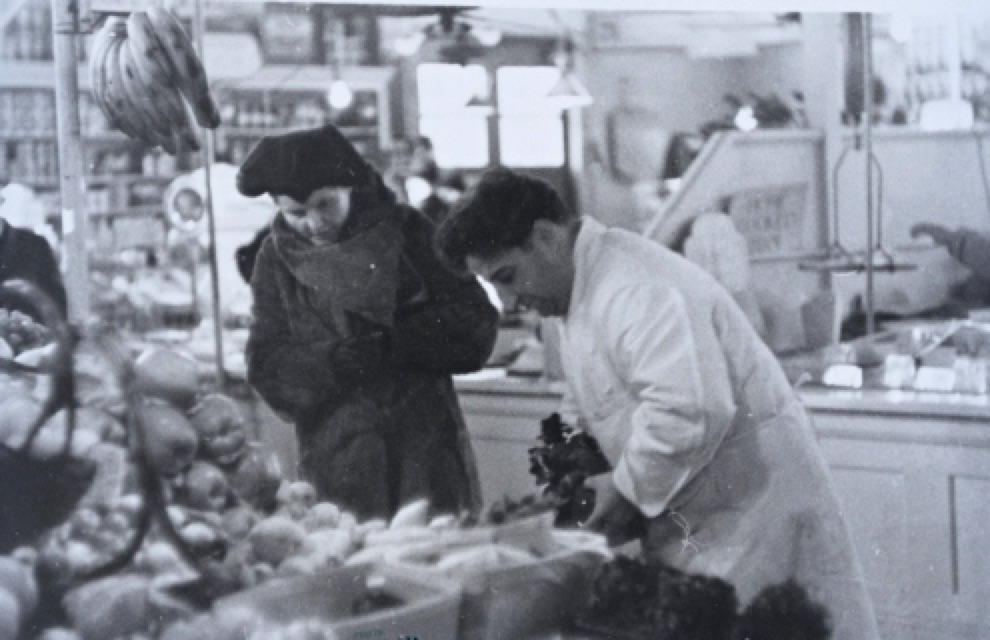 Full-time work outside the family was rare. Where it existed at all, pay was pitifully low, with no benefits of any kind, and worker exploitation was rampant. No vacation, no retirement, no medical coverage – no nothing. And nothing to do about it.

If employees got sick and didn’t work, they didn’t get paid. If they didn’t like it, they could seek employment elsewhere – that is, until the Retail Clerks and the Butchers started to organize and flex their united muscles.

Sad to say, none of this history is taught in American schools any more as it once was. Rather, today we have the intense, aggressive move to bring back the bad old days where the employers did whatever they wanted with their people to maximize profits.

“ Today we have the intense, aggressive move to bring back the bad old days where the employers did whatever they wanted with their people to maximize profits.”

In our powerful organization of more than 24,000 strong, our all-time high membership, we must never forget those who came before. The women and men of this local for more than 75 years had to strategize, organize, mobilize and fight to get what we have today against what sometimes appears to be the overpowering resources of the employers.

Arizona continues to grow and prosper, as does the union and the well-being of our members. A future in which the best is yet to come is being written right now by Local’s 99’s members.

Members of UFCW Local 99 are empowered through the combined strength of more than 24,000 union sisters and brothers throughout Arizona. They also have the backing of more than 1.3 million fellow members of the United Food and Commercial Workers International Union across the United States and Canada. Together, they are an effective force for better wages, secure benefits and stronger rights at the workplace. 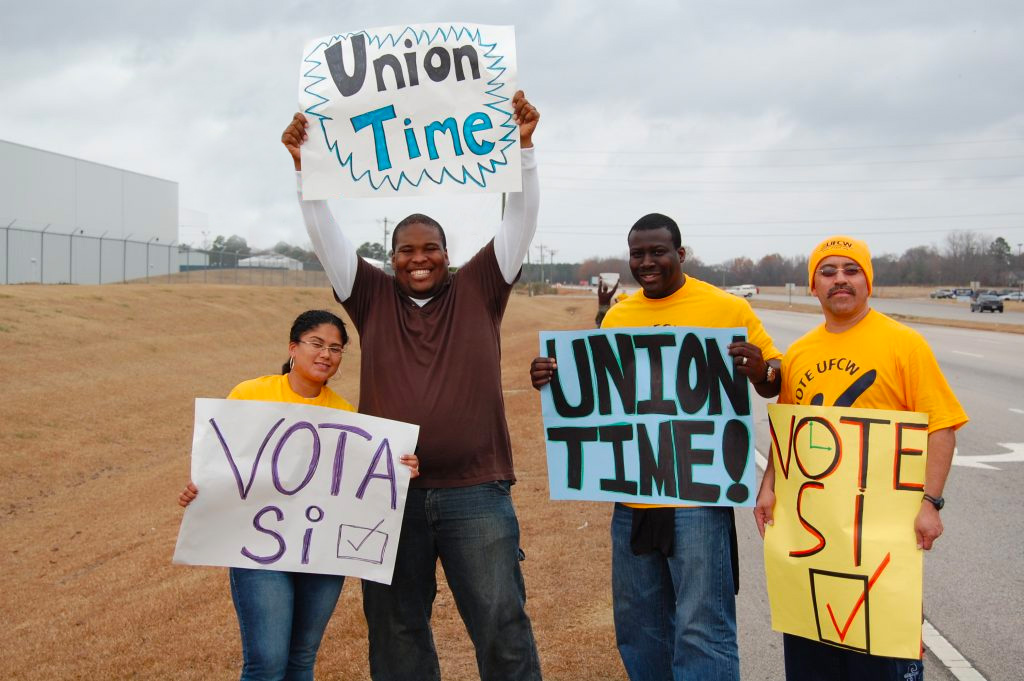