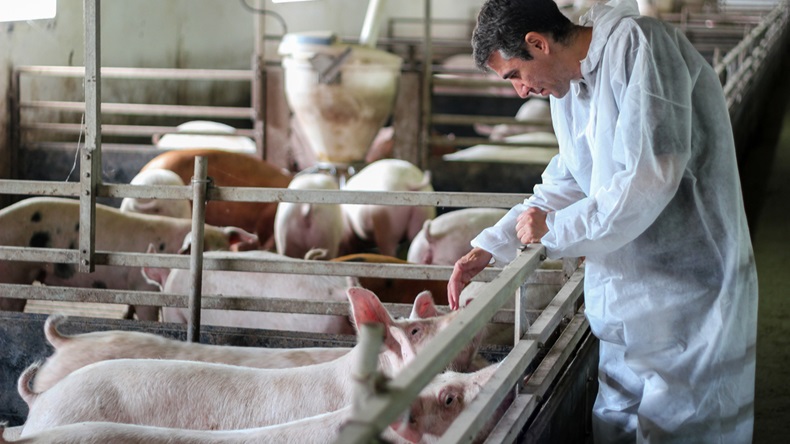 Today, United Food and Commercial Workers International (UFCW) and Public Citizen announced a major victory for workers in America’s pork industry, with a federal district court in Minneapolis ruling that the U.S. Department of Agriculture (USDA) acted unlawfully when it eliminated limits on the speeds at which plants run their slaughter lines, without considering the increased risk of injury to plant workers. The federal lawsuit was led by UFCW International and Public Citizen, along with UFCW Local 663 in Minnesota, UFCW Local 440 in Iowa, and UFCW Local 2 in Kansas.

UFCW International President Marc Perrone: “America’s essential workers in pork plants across the country have put their health and safety at risk every day during this pandemic to help families put food on the table. Today’s ruling is a victory for all of these brave men and women, finally ending the dangerous Trump USDA policy that allowed pork plants to push workers to the breaking point with unsafe line speeds that increase the risk of injury and put the safety of our food supply in jeopardy. With the success of this lawsuit, our country’s essential workers have sent a powerful message that the safety of America’s food and workers is not for sale and that these companies will finally be forced to stop these dangerous practices.”

Public Citizen attorney Adam Pulver, lead counsel on the case: “The court’s decision recognized that Trump’s USDA violated basic principles of administrative law when it refused to consider the impact of its actions on plant workers and claimed, contrary to its longstanding practice, that it was not allowed to do so. An agency can’t put its hands over its ears and refuse to consider facts that cut against its policy preferences, as USDA did here in ignoring workers and public health advocates, and blindly following industry’s wishes.”

The court held that USDA acted arbitrarily and capriciously when it refused to consider the impact of eliminating line speeds on worker health and safety in a rule it issued creating the “New Swine Inspection System” (NSIS) in October 2019. The court also rejected the meatpacking industry’s arguments that increased line speeds do not put workers at increased risk of harm, citing mounds of evidence showing a relationship between high speeds and musculoskeletal injuries, lacerations, and amputations.

The court vacated the provision of NSIS that eliminates line speed limits but placed its order on hold for 90 days to allow USDA time to develop a plan with respect to those plants that have converted to NSIS.