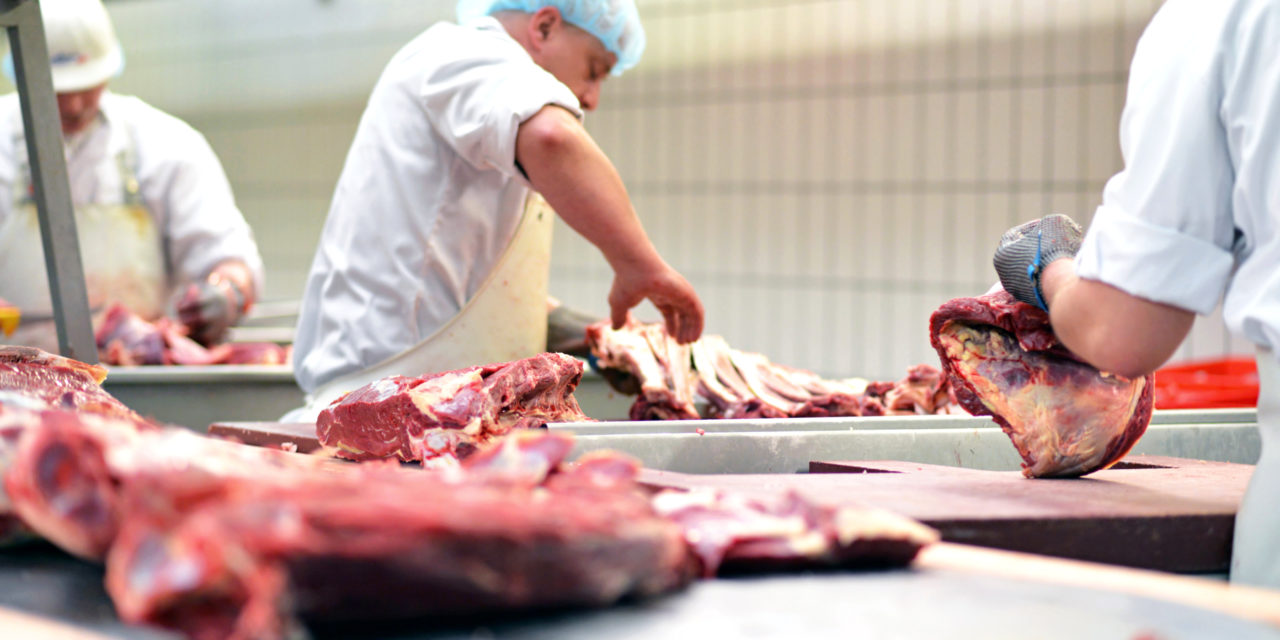 John Oliver on the US meatpacking industry: ‘Things are critical right now’

John Oliver has taken aim at the meatpacking industry in a fiery new episode of his HBO series Last Week Tonight.

The host decided not to focus on the horrific conditions facing animals as “they do get talked about a lot” and instead look at how the humans working at these facilities are being treated.

In the US, 85% of meat production is controlled by four companies, one of which is Tyson, heavily criticised recently after it emerged that management at one facility had been taking bets to see how many workers would contract Covid-19. “That betting pool might be the most disgusting thing ever created in a Tyson factory which is saying something given that Tyson also created ranch flavour chicken chips,” Oliver said.

The result of the outrage was that seven managers were fired but Oliver said “it does speak to a larger problem in this industry”. Since the virus began, almost 60,000 workers contracted the virus and at least 280 have died.

“The treatment of workers in this industry has been very bad for a very long time,” Oliver said.

Line workers are expected to process between 35 and 45 birds a minute at chicken factories, often without time for bathroom breaks. Some workers have had to wear diapers, a depressing sign of how America treats its citizens.

“We live in a nation where hundreds of thousands of homeless live on the streets, people have to launch GoFundMe campaigns for medical treatment and where George Zimmerman can auction off the gun he used to kill Trayvon Martin,” Oliver said.

It’s also an industry that has some of the highest rates of occupational injury and illness in the country with extremely dangerous working conditions. In a clip from a 2008 documentary, one employee said he was treated like a machine.

Plants are often located in places with few other job opportunities and companies target vulnerable groups like prisoners, refugees and immigrants. The industry employs more than 175,000 immigrants who might be warier of complaining to authorities.

When injuries do happen, they will often be treated on-site with first-aid treatments despite severity. “The workers know the game that is being played here,” he said.

Regulations for how workers are compensated for injuries differ from state to state and companies such as Tyson have resisted changes that would benefit their employees. One worker had both of his hands crushed and was persuaded to sign a waiver with a pen held by his teeth.

“Ideally you’d want the government to step in and remedy some of what you’ve seen but unfortunately Osha [Occupational Safety and Health Administration] is woefully understaffed,” Oliver said.

He added that with current staffing it would take Osha 165 years to inspect each workplace and even when they do there are “genuinely ridiculous” limits for inspectors, including one example of someone being told to put a box over their head during a visit. Oliver said it was “not an instruction you give when everything is up to code, it’s just inherently suspicious”.

The average fine for a potentially life-threatening hazard is just over $3,700. “It can genuinely be cheaper for companies to run an unsafe plant and occasionally pay those fines than for them to provide a safe work environment,” he said.

It’s nearly impossible to socially distance on a line and even when a company such as JBS saw six workers die of Covid-19 in the same factory, they only paid $15,000 from their $50bn yearly profits.

“That fine amounts to 0.00003% of JBS’s profits last year and if you fine a company a fraction of a percent of their profits don’t be surprised when they carry on only giving a fraction of a fuck about the welfare of their workers,” he said.

Oliver added: “At least for the duration of the pandemic, Osha should implement a federal emergency workplace standard giving meatpacking workers the right to social distancing and other protections.”

He said the agency needs to be “rebuilt and strengthened” and the USDA should do more about safe speeds. “Otherwise the race to the bottom will just continue,” he said. “All of this has to be done quickly as things are critical right now.”