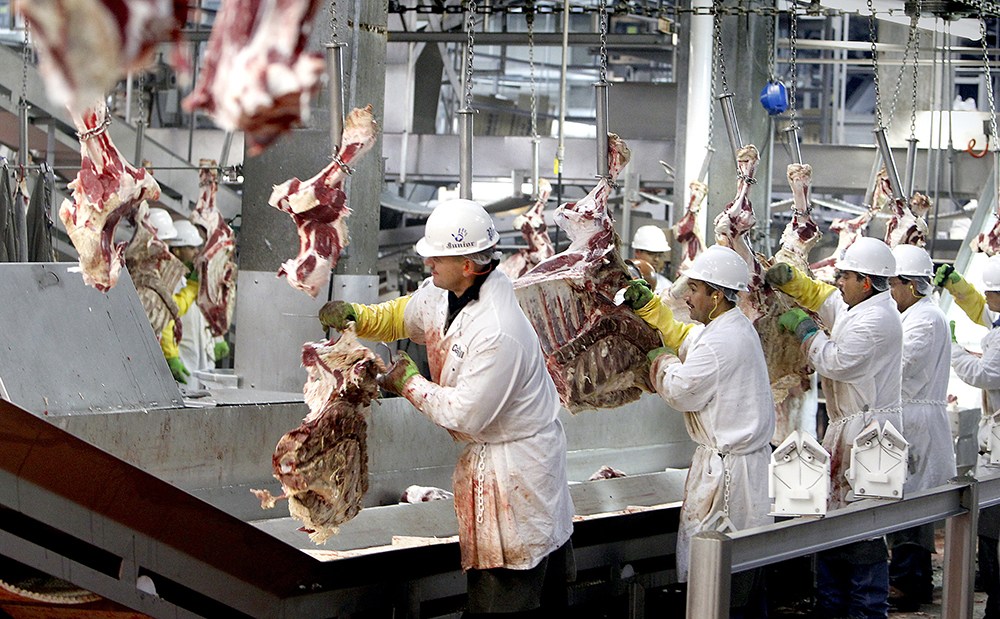 WASHINGTON, DC – Today, the United Food and Commercial Workers International Union (UFCW) – which represents more than 250,000 meatpacking and food processing workers across the country – raised serious safety issues with the re-opening of 14 meatpacking plants under the recent executive order by President Trump, highlighting hazards at these facilities that put workers and the food supply at risk. The meatpacking plants re-opening this week include facilities in Illinois, Iowa, Indiana, Kentucky, Maine, Nebraska, Minnesota, South Dakota, Washington, and Wisconsin.

“America’s meatpacking workers are putting their lives on the line every day to make sure our families have the food they need during this pandemic. Meatpacking plants did not close because anyone wants them to close. These plants closed because at least 30 workers died and more than 10,000 workers have been infected or exposed to COVID-19.

“Today’s rush by the Trump Administration to re-open 14 meatpacking plants without the urgent safety improvements needed is a reckless move that will put American lives at risk and further endanger the long-term security of our nation’s food supply.

“Since the executive order was announced by President Trump, the Administration has failed to take the urgent action needed to enact clear and enforceable safety standards at these meatpacking plants. We are calling on the White House to end the delays and immediately mandate that all meatpacking companies provide the highest level of protective equipment, ensure daily testing is available for all meatpacking workers, enforce physical distancing at all plants, provide full paid sick leave for any workers who are infected, and establish constant monitoring by federal inspectors to ensure these safety standards are enforced. We cannot wait any longer.”

Today, new internal UFCW estimates have confirmed at least 30 meatpacking worker deaths. The union also announced that new estimates show at least 30 meatpacking plants have closed at some point in the past two months. These closures have resulted in over 45,000 workers impacted and a 40 percent reduction in pork slaughter capacity as well as a 25 percent reduction in beef slaughter capacity.

This comes as the Trump Administration announced that operations are resuming this past week at the 14 meatpacking facilities listed below:

The UFCW is the largest private sector union in the United States, representing 1.3 million professionals and their families in grocery stores, meatpacking, food processing, retail shops and other industries. Our members help put food on our nation’s tables and serve customers in all 50 states, Canada and Puerto Rico. Learn more about the UFCW at www.ufcw.org.